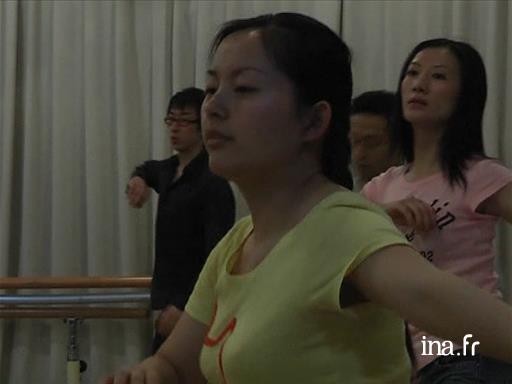 Salsa fever has won over China. Latin rhythms arrived in the country at the end of the 1990s brought by Latin American expatriates. Ten years later, the Chinese adopted them and the salsa now has its own courses, classes and even competitions. It is the salsa of the dragon.

Since its birth in New York during the late 1960s, Salsa has gradually gained ground travelling outwards to the rest of the United States and around the world: in the 1970s, it spread to Latin America, particularly Colombia and Venezuela. It was also adopted in some parts of Africa, where it merged with traditional rhythms which were initially part of its origins, for example to produce the Senegalese Salsa M'Balax. The different variants of salsa rapidly expanded and diversified to include famous New York groups, and orchestras from Colombia (Niche), Venezuela (Oscar d'León), African (Priyam), and North America (Miami Sound Machine). On the island of Puerto Rico, it enjoyed a permanent circular exchange with New York, allowing many musicians at the time, including Frankie Ruiz, Cheo Feliciano, and Willie Rosario, to perform to both Puerto Rican and US audiences.

The 1990s then saw a real tidal wave, which will particularly affect Western Europe, taking on the dimensions of a mass phenomenon, whereas in the 80s Salsa music still only interested a few small underground groups. It was also a time when Cuba, where a large part of the basic Salsa rhythms came from, made a striking return onto the world tropical music scene, after three decades of being left by the wayside. The creativity of the local music scene, including the emergence of a style that was very close to Salsa, the Cuban Timba, was extremely popular among world audiences, leading to a craze for what quickly came to be known as, albeit somewhat of a misnomer, «Cuban Salsa» - this popularity was also facilitated by a new policy designed to promote tourism and international music implemented by the Cuban Government.

The 2000s saw the emergence of new economic powers onto the world stage, the so-called "emerging" countries. The rapidly growing affluent middle class in these countries was increasingly seeking the pleasures of the leisure society. People begin to dance Salsa in Russia, Central Europe, and Southeast Asia, soon to be followed by China. It is this relatively new craze for Salsa that is described in the video report created in 2009, "The Salsa fever has won over China".

This practice of Salsa in China has taken on its own specific forms compared with those observed in the rest of the world:

-First of all, Latino communities are still few and far between in Chinese cities. In China, it was not through such communities - as for example was initially the case in Europe and of course the United States - that Salsa could develop starting with the Middle Kingdom. It was actually thanks to groups of western expatriates, as you will able to see in the video report. Chinese began to frequent the places set up and run by "expats" during the noughties in ever-growing numbers. For them, Salsa does not exclusively conjure up images of tropical exoticism, but also the lifestyle and leisure practices of Europeans and North Americans.

-The strong cultural divide that exists between China and the Caribbean means that the popular culture of this region only arrived in Shanghai, Hong Kong and Beijing in forms that had been heavily reformatted by the leisure industry: giant festivals attended by hundreds of people to take dance classes , such as the 2008 National Conference of Salsa in Beijing, which was attended by 4000 participants: Salsa in China is a highly stylized dance that leaves less room for personal improvisation than you would find in Cuba and Puerto Rico; and let's not forget the flashy brand-new giant nightclubs currently on the drawing board.

-And to finish, a rather amusing detail, the Chinese, especially the ladies, once they had overcome the initial difficulties with rhythm and body posture, (more quickly than one might think) quickly began to project a powerful image of tropical sensuality onto salsa, that they in a way took to the extremes, sometimes reaching greater levels of extraversion than in Havana or Puerto Rico: it is not uncommon to see spangled strapless bras designed to define the contours of the body with fluorescent light, skirts with slits up to the waist, high heels that are long and sharp enough to pierce the hardest of male hearts in a single stabbing, temptresses with make-up resembling war paint, bodies suggestively undulating to the rhythm of music: the small simple mulatas of Santiago de Cuba will just have to brace themselves. They now have formidable competitors on the other side of the world, who have recycled an ancient art of East Asian seductive dancing, combining it with the practice of contemporary Salsa, perhaps without even being fully aware of it.

A night danced to the rhythm of salsa in one of the trendy districts of Beijing. Even if their elders dance the waltz in parks, the Chinese youth prefer much wilder moves. Afro-Cuban dances, originating from thousands of kilometres away, have been gaining ground here in recent years. The organizer of the evening arrived from New York 5 years ago, since which time he hasn’t stopped promoting salsa in the Chinese capital.

In the beginning, there were 75% foreigners who danced salsa in China. Today, it is the opposite, we have 75% Chinese dancers.
(Silence)

Events of this kind, co-ordinated by groups from Latin America, are no longer a rare sight in major cities. They are a way to make new friends, to evacuate the pressure of work, but especially, to express yourself without having to observe the usual proprieties.
(Silence)

The Chinese are not how I imagined they would be. I thought they were timid, that they were afraid to dance. But no, I've been here for a year, and I see they can really give their all for salsa, they love salsa.
(Silence)

It is a passion that is taken seriously, there are more and more dance classes and a dozen schools have opened up in the past 5 years in Beijing. Fans follow lessons in quite a rigorous fashion, nothing like the Latin exuberance.

The city of Beijing is opening up to the world. Salsa comes from abroad, and more and more people are opening up to how people abroad think.
(Silence)

The best students are getting ready for a major competition, the national salsa Congress in Beijing in October. This will be the 4th edition, it attracted 4,000 people last year. But becoming a king of salsa and learning to control hips and feet at once is not always an easy task.
(Music)

Cuba Havana, a dance club in Havana, the Tropical