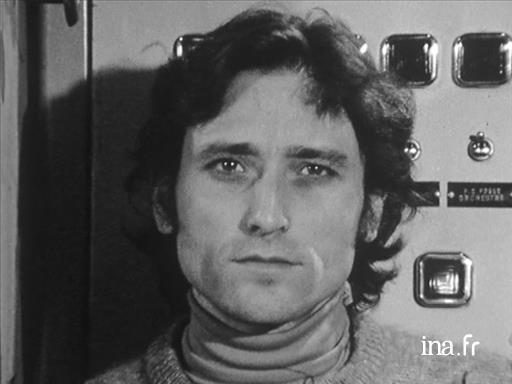 In a bar in Saint Germain des Prés in Paris, an interview with Antonio Gades talking about flamenco, its history, its teaching and the research he is undertaking to help to develop this art. Extract from his show being performed in Paris.

Flamenco according to Antonio Gades

In 1969 at the Théâtre des Nations, Antonio Gades (1936-2004) presented at his Classical Spanish dance and flamenco show; He was one of the flamenco dancers and choreographers. At his side, Cristina Hoyos (born in 1946) was performing a version of the farruca [1] that had been choreographed for a duo, as well as singer Gómez de Jerez (born in 1952) accompanied by Emilio de Diego Nieto's two guitars (composer born in 1942) and Antonio Solera. His dance master Pilar López (1912-2008) introduced him to Vicente Escudero (1885-1980) in 1955. But the real encounter didn't occur until 1963. From that point onwards, she was to have a huge influence on his vision of flamenco and his aesthetic choices. She guided him in the renovation of the flamenco dance, which was decisive and essential for future generations.

In 1984, Antonio Gades gave a long interview: "it is in the flamenco tradition to express sentiment. The dance has greatly deviated from what it was originally, an expression of a state of mind. People used to dance with joy. People used to stamp their feet in anger. Man has slowing transformed this explosion of energy into spins, jumps, elegant figures and often we no longer understand why»

«To return to what makes flamenco truly flamenco, there has to be an immediate spontaneity, freedom to express feeling at the very instant one experiences it. You need to feel joy and pain, and let them show through, you need to give them form. So I start by looking at folklore and work not with the intention of reconstructing the past but inventing something new. (...) Arms obey a code, while the flamenco dancer uses his shoulders and produces broken lines. Arms are a projection of energy. They make it explode. (...) It's important to find a balance in all the freedom we have.»

«Vicente Escudero with Antonia Mercé (stage name"La Argentina") (1890-1936) brought the flamenco of the village fete to the theatre stage.'' It was often poor people who were trying to earn a living from performing two steps of farruca and a litttle zapateado. La Argentina and Vicente Escudero thought they could do better. (...). Vicente Escudero was a very dignified man and remained a kind of knight until his death. I liked his arrogance towards life, his exemplary attitude. He fought against the Franco regime without saying a word, just by the simple refusal to work on anything official. In terms of style, (...) he designed a new aesthetic. He was probably the first to dance with his arms raised. People didn't do very much with their hands before that. Dancers generally held their hands at waist height so they could pay attention to what they were doing with their feet. They snapped their fingers.

-If there has been a development of flamenco singing, I fear that it has tended to become duller. It is the guitar that has developed the most. The most accomplished flamenco singing is still the one with the oldest roots. The record industry has played a negative role, leading to a semi-popular, hybridised form of flamenco song. In terms of dance, there have always been two well-defined types: flamenco danced by a mature man, a little overweight. With a woman who is also a little on the large size. The developments and changes that have affected this couple are very pretty but the possibilities for invention are limited;

- And the flamenco of the new generation. Well that benefits from our experience. From the moment they start, they have a certain awareness of the show. So we managed to give a theatrical design to this art. Young people are on an equal footing with this approach. We achieved change» [2]

[1] the farruca is a form of flamenco created by the dancer known by the pseudonym El Faíco (ca. 1850-1938) along with guitarist Ramón Montoya (1879-1949). It also gave rise to sung versions with or without dance. It can have a binary rhythm depending on the model of flamenco tangos.

Paris, Saint-Germain-des-Prés where we met a friend, Spanish Dancer Antonio Gades, whose company puts on its performances at the Théâtre des Nations.They are a big hit and are warmly praised by critics. Antonio Gades especially charmed the critics with the way he dances flamenco. Is this popular art static in its forms, how does one learn to dance flamenco, Antonio Gades?

It is very difficult in Spain because there are no masters, dance masters, for the flamenco, it was almost impossible. You have to look around, see old people who dance purely for the sake of dancing. Now, you see it a lot in theatres, in small villages in Spain. There is also [inaudible], Pilar Lopez, she’s really my ballet master.

But you are, at the end of the day, your own teacher to some extent, by gradually looking for examples and using these examples to define your own style.

Do you feel that flamenco currently remains static, or on the contrary, is it evolving? and yourself, are you looking to develop flamenco, incorporate it into a different style of choreography?

Well, I chose flamenco naturally to be able to give it a modern sense of aesthetics, but one should always remain completely orthodox and leave it as it is. Its spirit is pure flamenco. Naturally, it is not the flamenco that is danced in the street. And it should be put on a stage. That's the thing you do with a spirit of my time.

And with flamenco, do you think it’s possible to really establish a modern ballet?

I think so , yes, but we have to give a little more to really be satisfied, we need to do research and study it, and to exercise another talent of painter, writer, musician at the same time; that is what is lacking at the moment.

How did you put your company together?

I just put it together here, little by little, because I don’t have the money, I won't ever have a lot of money, you need to pay a lot of taxes, and that for an artist is just terrible. It is better to have little money, and to have all your friends in the company, when it’s won, it is won, when we win, we win for everyone.

With Antonio Gades, there is one woman with a brilliant personality, Cristina Hoyos.
(Music)