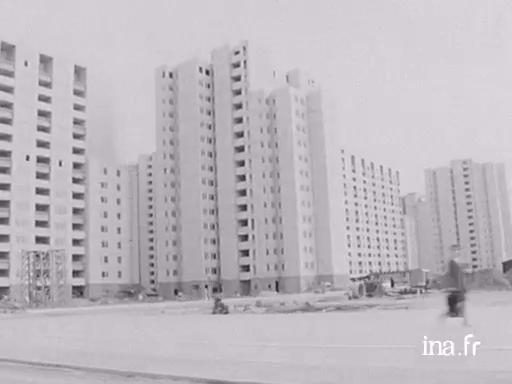 Born in Kaisersech in 1926, Oswald Mathias Ungers studied at the Technische Hochscule in Karlsruhe in the large workshop of the theoretician Egon Eiermann. From 1952 he set up his agency in Cologne and built his first great housing projects, vast quarters to house the thousands of new arrivals. A figurehead of German rationalism, instilled with Italian classicism, taught by Vitruve and Palladio. His romantic aspiration for the sublime led him to recompose the cubic forms: circle, square, sphere, arc, rectangle in order to create clear spaces that touch on the essence of architecture. He denied context to affirm an absolute abstraction that made no concessions. In 1964, the Markisches Viertel sky scraping housing emerged in Berlin under fire from critics.

His years in the United States, from 1968 to 1976 were dedicated to theory and teaching, notably as a professor at Cornell University. Back in Germany he designed several museums, like the Museum of German Architecture in Frankfurt, the extension of the Hamburg Kunsthalle and the rehabilitation of the Pergame Museum which will be completed in 2010. HisHouse without qualitiesbuilt for his family in 1994 is one of his major private works.

(German) Oswald Mathias Ungers, town planner. Utopia is the reality of tomorrow. It isn't science fiction, it isn't a world which would exist outside the would with which we are confronted. The task of the town planner is to foresee today this reality of tomorrow. One of these realities which we must confront, is the concentration of the population in towns. (German) Already today, five million people live in the Amsterdam-Hanover-Poland triangle. We will have to face up to the planning problems, to resolve the problems caused by this concentration. The planning methods that we have used up to now are insufficient. By setting yourself an objective like detached houses, you will not be able to get to the bottom of this difficult problem. It's necessary to plan a much more intensive use of technical methods. We need to tackle this concentration within the towns.
(Music)

(German) The new residential zones created on the outskirts of the big towns have been violently criticised by public opinion, essentially due to their high population density. Firstly in view of the housing shortage, it's essential to create such residential zones. And secondly, dense housing is necessary due to the shortage of land which can be built on. [German] Its critics are however justified, insofar as these residential zones are not sufficiently well linked to towns. [German] It will be necessary to demand that public transport methods are integrated more closely with the town, these large blocks which I would call large residential units. [German] These complexes are not isolated places, nor as you say breeding grounds for [NOT UNDERSTOOD] because they are not used intensively or rationally enough.