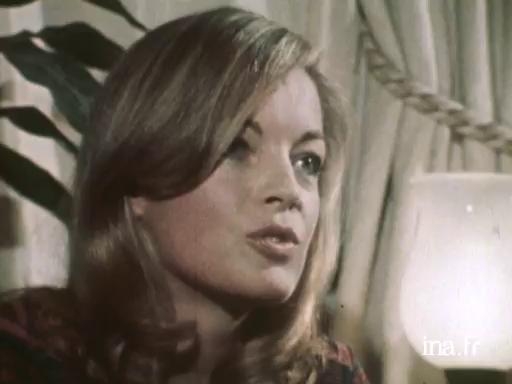 Conversation with Romy Schneider regarding her role in Andrezj Zulawski's The Important Thing Is To Love.

If Polish filmmaker Andrzej Zulawski was only starting out with 1974's The Important Thing Is To Love, his leading actress, however, is at the summit of her career: Jacques Deray's La Piscine and Claude Sautet's The Things of Life and César et Rosalie thrust onto the French screens the one who previously was dragging around the clichés of the 1950's Austrian trilogy Sissi, directed by Ernst Marischka.

In "The Important Thing Is To Love", Romy Schneider, the most in-demand and highest paid French actress, plays the role of a failed actress.

Three fourths of this character's role are completely separate from myself. One fourth is close to me.

Do you recall the time when you left Germany, you weren't yet known in France?

Yes. There were indeed two solid years where there was absolutely nothing. But afterwards, it was a bit difficult. And of course, one begins to ask himself questions, one starts having a lot less confidence in one's self, we're scared, we're very distressed and we think: "Nobody wants you any more. What should I do?" "I feel old, you know, I feel old, and I'm tired and nobody else wanted to do more than I did. Nobody, nobody! Nobody wanted..."

We fall into this hell every time, right?

The profession of acting, especially for actresses, always seemed to me to be like a vice, because actors, even if they're at the peak of their failure, never completely consider changing professions.

It's hard. It's difficult. Almost a vice? You might be right. It's a love affair, such a passion that, in any case, for me, I could never do anything else. I only prefer that... I only hope that I'll know when the time is right to stop, and not continue when nothing right is happening, I don't know, when I have nothing left to give.

To appear more realistic, she accepted to let herself be made ugly: too much or no makeup.

"But don't you want to wear makeup, comb your hair, prepare yourself?