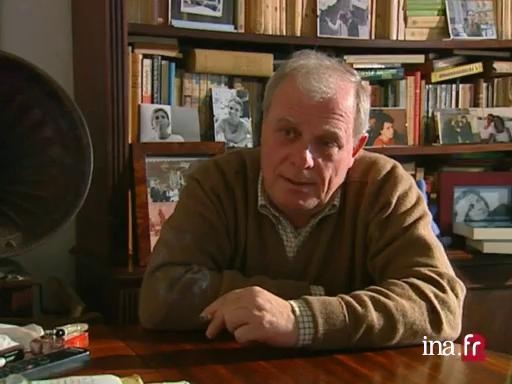 Conversation with Portuguese writer Antonio Lobo Antunès in Lisbon. He talks about his participation in the war against Angola and talks about how reading Victor Hugo helped him make it through those terrible times.

Antonio Lobo Antunes (1942) counts, with Jose Saramago, among the most translated Portuguese authors and the most read in the world. From a family of the Lisbon bourgeoisie, son of a neurologist, he studied medicine and did his service, between 1971 and 1973 in Angola as a military medic at the height of the war of independence. The terrible experience of this colonial conflict, during which over 3000 Portuguese soldiers died, inspired his first novels: Elephant's Memory (1979), South of Nowhere (1979) and Knowledge of Hell (1981).

Having an uncompromising view on the history of his country, from the Salazarist dictatorship to democracy and Portuguese Society, notably the bourgeoisie from which he came, his work stalks and denounces the absurdity of war as the pettiness of peacetime.

Author of a dozen novels, he abandoned psychiatry in 1985 to dedicate himself to his work, which earned him the Camoes Prize in 2007.

Among the Portuguese authors present in this year's Salon du Livre, there is José Saramago, 1998's Nobel Prize winner, and also Antonio Lobo Antunes, without a doubt one of the best contemporary writers. On behalf of France2, Geneviève Moll and Philippe Jasselin met with him in Lisbon. Antonio Lobo Antunes discusses one of his sources of literary inspiration with them: war, the last colonial war led by a European country, Portugal. It was in Angola and in Mozambique.

This opening to the sea, the Tage, constitutes a bridge to the world for Lisbon's inhabitants. Navigators who conquered the world left from there. But it's also from there that young people left for the last colonial war, the one in Angola and in Mozambique. This war, Antonio Lobo Antunes participated in it when he was 27 years old. A doctor, saving lives, he lost part of his soul there. His first novel, South of Nowhere, is filled with the despair of all of those who discovered their inner barbarity, the rottenness of humanity.
(noises)

In these terrible times, he only survived thanks to a collection of Victor Hugo poems, La Légende des Siècles, given to him by his captain.
(noises)

You don't know, You cannot comprehend how much Victor Hugo helped us. It's fantastic. And you see the sensitivity, generosity and culture of a man, yet, we were capable of the worst atrocities. And that's something that I try to say in books, that there are, of course, generous and good people. The coexistence, within us, of contradictory feelings.
(Music)

Antonio Lobo Antunes's work spreads out afterwards, affected by the anger of history. He tries all human voices, even in Exhortation to the Crocodiles, speaking with the voices of the women who guess their husbands' plots that are preparing the Carnation Revolution. The writing becomes a torrent, carrying readers to the core of a gushing ideology that renamed the world.