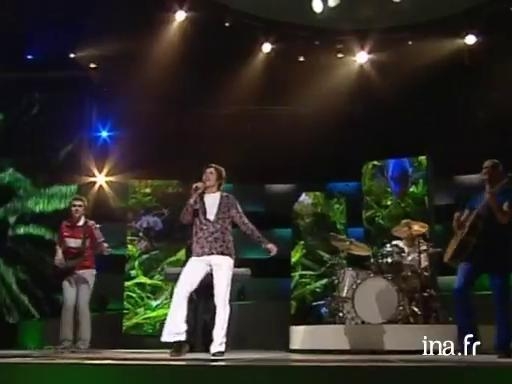 Representing Latvia at the 45th Eurovision contest, the group Brainstorm and its singer Renars Kauper perform the song My Star.

Founded in 1989 in Jelgava in Latvia while the country was still under Soviet domination, Brainstorm (Prata Vetra in Latvian) is certainly the most popular rock group in the history of Latvian music.

Noticed from his first record Vairak neka skali in 1993, the group won its first success in 1995 with the song Lidmasinas and then with the album Veronika that marked a clean stylistic revolution for the group towards lighter more refined music. In 1997 Brainstorm signed with the label microphone and began an international career. The first single in English Under my Wing (1998) followed by the album Among the Suns (1999) had a great public success in the Baltic countries. In 2000 Brainstorm finished third in the Eurovision song contest with the song My Star, further reinforcing their fame in Eastern Europe.

Since then, despite the tragic loss of one of the founding members of the group, Gundars Mausevics, Brainstorm have continued to record (Online in 2001, A Day Before Tomorrow in 2003) winning the MTV Europe music award in 2006 for the best Baltic group.

Brainstorm, My Star, the band and song 21: Latvia.
(Song)