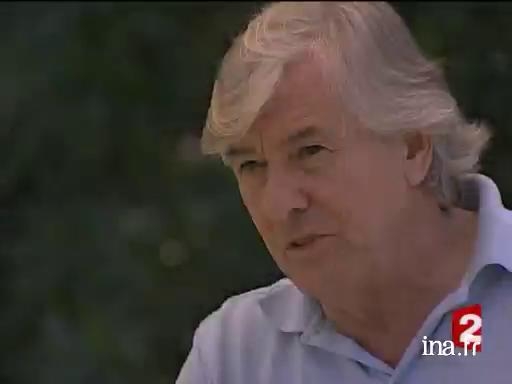 On the occasion of the release in theatres of Black Book, the story of a Dutch woman who was swept away by the horror of World War II and became part of the resistance, a conversation with film-maker Paul Verhoeven and the film's main actress, Carine Van Houten.

The director then gave in to the call of Hollywood studios for which he created another seven films from Flesh & Blood (1985) to Hollow Man (2000), a spectacular work which allows for, as much with the critics as with the public, multiple misunderstandings. If Arnold Schwarzenegger's muscles (Total Recall, 1989) and Sharon Stone's uncrossed legs (Basic Instinct, 1992) found success, Verhoeven's corrosive irony doomed other films to commercial failure (Showgirls, 1995, Starship Troopers, 1997).

Black Book, the great film of his European return, was released in autumn 2006 and once again refused to be "politically correct", telling of a Jewish judge who fell in love with a "Gentile" Nazi and a liberation more violent than the occupation that preceded it.

Cinema with the release of "Black Book", A film made by Dutch film-maker Paul Verhoeven, a return to the roots of his country. He talks about Holland's Occupation during World War II, a project that he's been preparing for 20 years. Marie-Jo Jouan, Olivia Robert.

This man is known for transforming actresses into stars. He's the one who cast Sharon Stone in "Basic Instinct". Holland's Paul Verhoeven chose his compatriot, Carice Van Houten, to relate the destiny of a young Jewish singer.

My mission is to seduce a Gestapo officer to serve my queen and my country.

During World War II, she joined the Resistance to infiltrate, at the risk of her life, the German information teams.

It's made up of 3 women, and 3 combined stories. That's why I don't want to say that it's a true story. These are real things that happened to these 3 women, and I combined them into just one character.

"You are a spy? Dear God! I'll be! I never ever could have imagined that. You? You'd think you were Mata-Hari..."

For this very realistic approach of Holland's Resistance, Paul Verhoeven consulted hundreds of documents, most notably those concerning the Black Book, which is at the heart of the plot, a black notebook kept by a La Haye lawyer. The names of Dutch traitors and collaborators were recorded in it.

I read Anne Frank's Diary of a Young Girl when I was little, thousands of times. That's why it's all in my head or in my heart. In addition, it's history. I was raised with this past. My father lived with memories of this war and the German Occupation.

This heroine surviving in a hostile, violent and anti-Semitic world profoundly affected Carice Van Houten, who already was worried about the state of the world

[English] As an actress, the only thing that I can do is make sure that, thanks to this film, people remember, are moved and learn some lessons. "This will never stop!"

The hero of the film was supposed to be a man. Verhoeven changed it to a woman, a tribute to the courage of those that resisted.