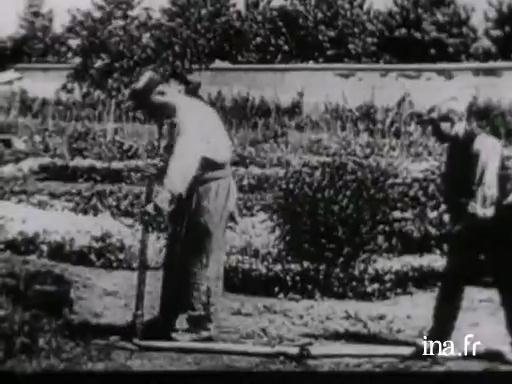 Although the first Cannes Festival was held in 1946, the idea began to take shape much earlier in the mind of Philippe Erlanger. In 1938, this historian charged by the French government with finding ways to encourage international artistic exchange, visited the prestigious Venice Film Festival, which has been open to films since 1932. In the context of fascist Italy, the list of winners deeply shocked the democratic world. The top prize was awarded to a film supervised by Mussolini's son and to a German film by Leni Riefenstahl, Olympia, Festival of Beauty . Apart from its 'fascist' cinematographic style, this film was a documentary and should therefore have been excluded from competition. With the backing of the French government, the project to organise a similar festival in the South of France made rapid headway. The seaside town of Cannes was chosen in the spring of 1939, but even though a poster was designed for the 1939 Festival, there was not enough time to collect the necessary funding, choose the films, and organise the festivities. The declaration of war finally hammered the nails into the coffin of this first virtual festival. 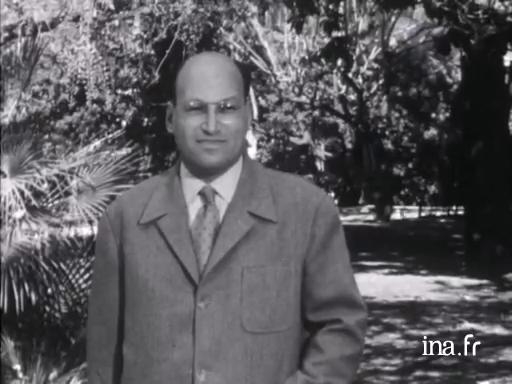 20 years ago, the idea for a Cannes festival was born.

Interview with Philippe Erlanger, the creator of the Cannes festival, who recalls the events surrounding the creation of the Festival.

The first Cannes International Film Festival was officially opened on the 20th of September 1946 at the former Casino of Cannes. Twenty one countries presented the films of their choice (the Festival Selection Committee was only created in 1972, an idea that was quickly adopted by the other film festivals). The films were mostly about the war: The Earth will be Red (Denmark), Rome, Open City (Italy), The Last Chance (Switzerland), The Turning Point (URSS), and The Battle of the Rails (France), which won the top prize for its tribute to heroism and the Resistance. Michèle Morgan and Ray Milland won the awards for Best Actress and Best Actor. But the future of the Festival was uncertain. In 1947, the building that was to host the event, the Palais du Festival, was still not finished, the financial partners were not ready to commit themselves, and the festival that year was plagued by inefficiency. The critics, albeit impressed by Notorious by Alfred Hitchcock, were perplexed by the fact that the film rolls were shown in reverse order during the showing... For budgetary reasons, the Festival was not held in 1948 and 1950, but during this period the Palais du Festival was inaugurated on the elegant seafront promenade of La Croisette. To avoid being in direct competition with the Venice Film Festival, held at the same time of year, it was also decided that the Cannes Festival should be held in spring. So, in 1951, the Festival took place in that season under the presidency of the writer André Maurois. 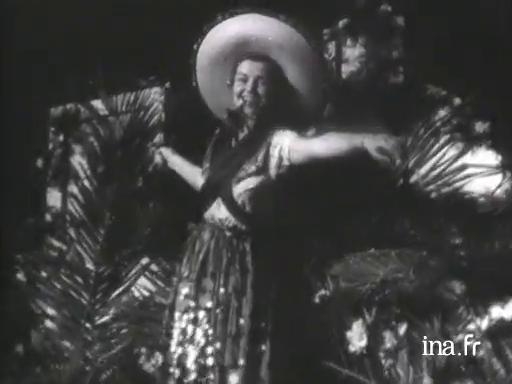 Brilliant festivities accompany the opening of the 1st festival: procession of chariots, flower fights and fireworks. 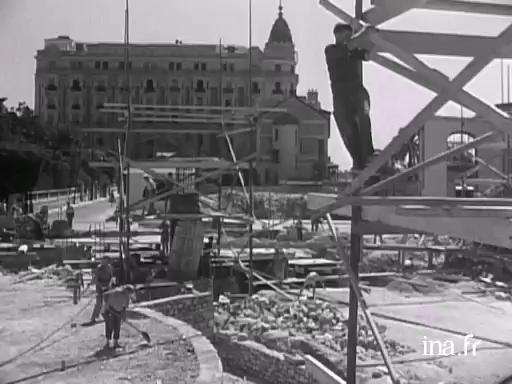 Construction of the Palais des festivals

One month before the opening of the 2nd festival: the Palais des festivals is still a building site. 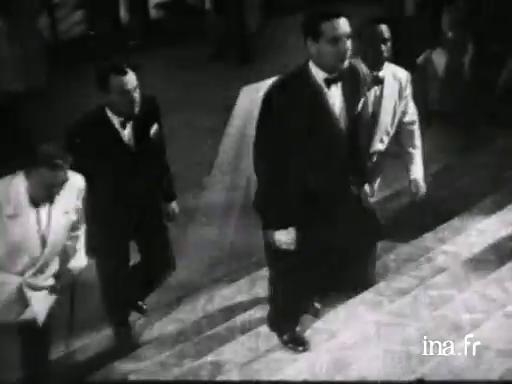 Opening of the 1949 Festival

Homage to the first cinema comedian in history, "The Sprinkler Sprinkled" for the opening of the 3rd film festival. 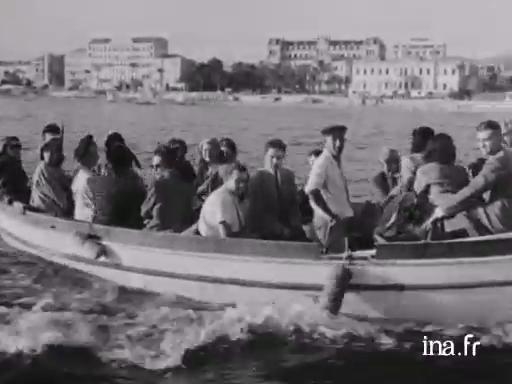 Unusual arrival of American stars at the 1st festival [mute] 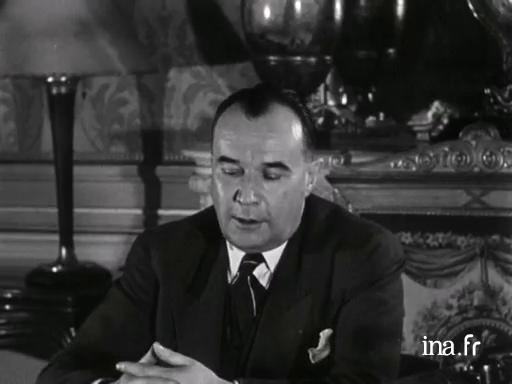 Official presentation of the 1951 Festival

Official declaration by the Ministry of Industry and Commerce for the opening of the 4th festival. 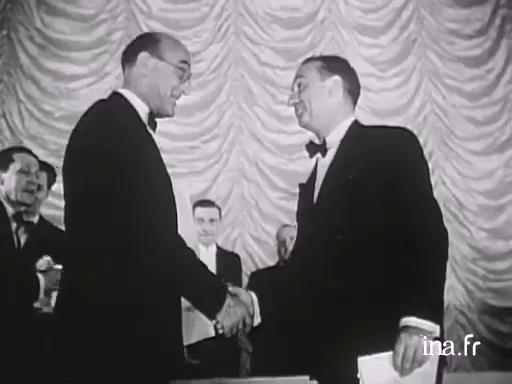 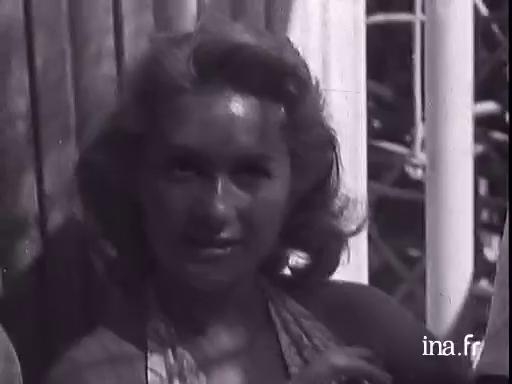 The life of stars at Cannes: autographs and champagne. 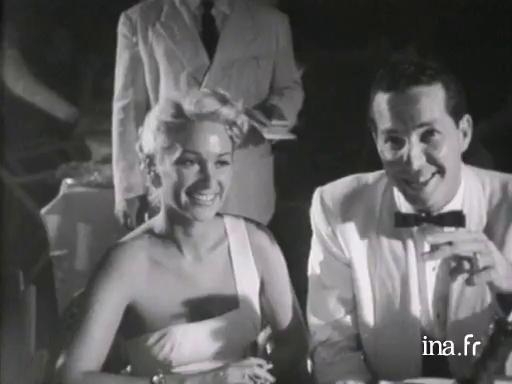 Fireworks at the Eden Roc

On the occasion of the 3rd Cannes international film festival, report dedicated to a gala evening at the Eden Roc in the company of several celebrities. 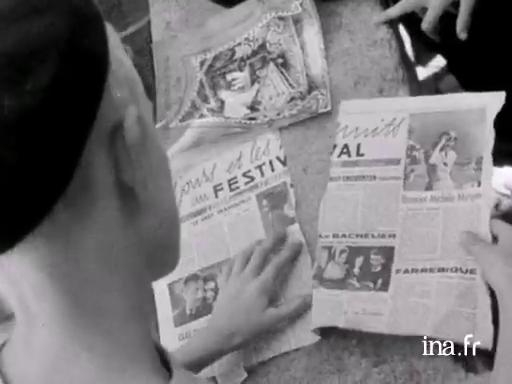 Behind the scenes of the 1st Cannes Festival: children launch paper planes, Michèle Morgan does some sunbathing. 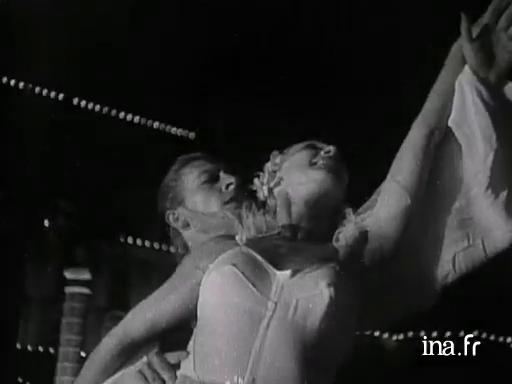 Opening of the 1947 Festival

Opening ceremony of the 2nd festival