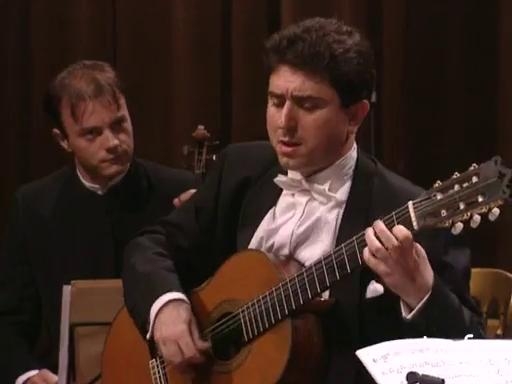 During the first classical music festival in Mdina (Malta), Simon Schembri and the Brancusi quartet perform Fandango by Luigi Boccherini.

Born in Malta in 1965, he studied guitar from the age of six years old. From 12 years old, he left for England and then moved to Paris to continue his studies with Alexandre Lagoya. These studies were awarded the first prize of the Conservatoire National Supérieur de Musique in Paris. Simon Schembri has appeared as often in France in numerous festivals as he has abroad (Italy, Germany, Poland, Turkey, England). In 1998 he created the international festival of classic music in Malta. He is the dedicatee of Jacques Chailley's first guitar work. His repertoire includes Handel, Albeniz, Granados, Ponce, Brouwer, Villa-Lobos, Sanz, Piazzola, Sor, Rodrigo... The press praise him as a performer of the highest order. Despite his youth he has remarkable virtuosity, sensitivity and musicality. He has already recorded two CDs.