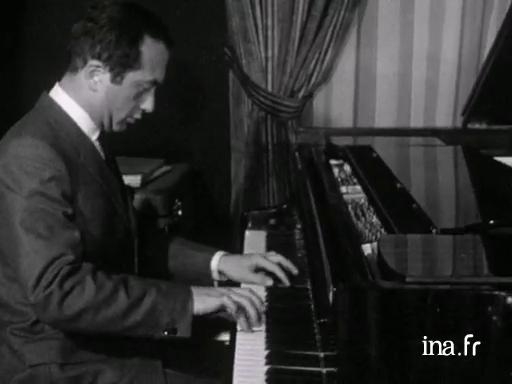 Interview with pianist Alexis Weissenberg on what Paris represents for him and on his role as an interpreter of musical works. He then plays a song.

Born in Sofia in 1926 to a family of musicians, Alexis Weissenberg gave his first concert at eight years old, then worked with Leo Kestenberg in Israel and with Olga Samaroff in New York. He started in New York in 1947, playing a Rachmaninoff concerto. He went on tour around the United States and in Europe but after gaining French citizenship in 1956 he interrupted his career to improve his technique. From 1966 he began to play again with great success throughout the world, as a soloist or with the best conductors (Karajan, Celibidache, Abbado, Giulini, Ozawa, Solti...). Alexis Weissenberg has also tried composition: scores inspired by jazz or by Charles Trenet, and he has performed a musical comedy in Paris:La Fugue, which had a mixed success.

His repertoire ranges from Bach to Stravinsky passing by the Romantic masters, Schumann, Beethoven, Chopin of course, but particularly Rachmaninoff. In Switzerland he created the Alexis Weissenberg's Piano Masterclass, aimed at young pianists. An abundant discography shows the power and shared virtuosity of this great pianist of the twentieth century.

Alexis Weissenberg, you've played almost everywhere in the world, do you consider Paris to be an important stopover?

I think that - and not because I've played almost everywhere in the world, besides, I haven't really played everywhere - I think that it's an important stopover, and I think that it's a city that has mattered for almost all of the artists that I know. You know, the important thing is to come back to a city. What's crucial, is to have often played somewhere and to find the same audiences again. And, naturally, I find that Paris offers that, because it's a huge city that has multiple possibilities. There are many artists who can really count on 500 or 600 people who only want to hear them.

It has been written that you can be a bit impersonal on stage. How would you define the role of an actor when faced with a screenplay?

The role of an actor fades away when faced with a screenplay, what I mean is that, in the end, the role takes the screenplay's place itself, and this is true during the months where one works on the play. On stage, I find this to be almost compulsory. I like the fact that the artist doesn't exist visually in the audience's eye. Otherwise, I would find it distracting, funny perhaps, and appealing in other moments, it depends on the artists. I believe that we must absolutely not distract listeners nor their ability to listen. I find that the more we stray away from the audience, visually speaking, the more the music can gain in importance and in fascination. In any case, I really think that it's the artist's duty.
(Music)