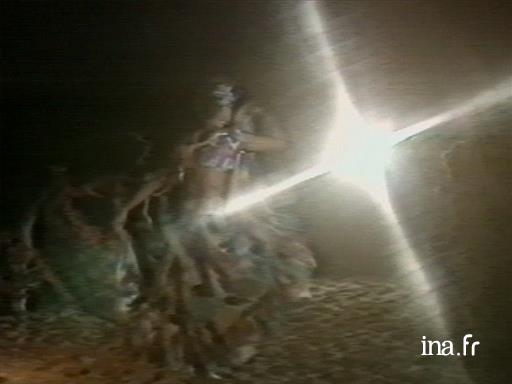 At night, on a beach, fishermen sing and dance sega to the beat of a drum, bearing witness to their African origins and slavery.

«The Mascarene Islands are not only grains of sand in the middle of the ocean... they have a soul and a heart whose beat is called... sega!» [1].

Sega is a generic term [2], which refers to the dance of blacks living on islands in the Indian Ocean from the 18th to the 19th century. It was a cultural practice that came about from the coming together of several populations of slaves deported from Africa and Madagascar. The practice formed locally, a bit like the building up of archaeological layers. This genre of music and dance has different choreographies depending on where it is located. So, in Mauritius we find several types of sega. Sega ravanne and séga salon, which was to become modern sega.

Sega ravanne, as its name suggests, is played using a frame drum called a ravanne, a type of flat rattle called a maravanne and a triangle. It is also called sega typique or sega eli-e-la-ela-e. It is danced by couples facing each other, who move back and forth, bringing the couple together and then apart again. Then they both spin simultaneously and sometimes in response to the music.

Sega salon, which gave rise to modern sega uses European instruments. The guitar, violin, accordion and percussion. The term "salon" (ball room) refers to the place this style of sega is normally played. It was in dance halls and ballrooms that it progressively incorporated other choreographic features, sometimes from the waltz, the polka, and biguine.

The widespread use of this term in the Indian Ocean colonies bears witness to the movement of people in those territories.

The lyrics of sega music in Mauritius, as is also the case with maloya or sega in Réunion, can be regarded as a form of outlet, a means of expressing views on subjects such as the destitute living conditions , daily life, and love.

When night fell and we could hear the sound of the sega drum on the Beach, the traditional music of the fishermen, direct descendants of African slaves; and they have not forgotten the beat of the black continent.
(Music)