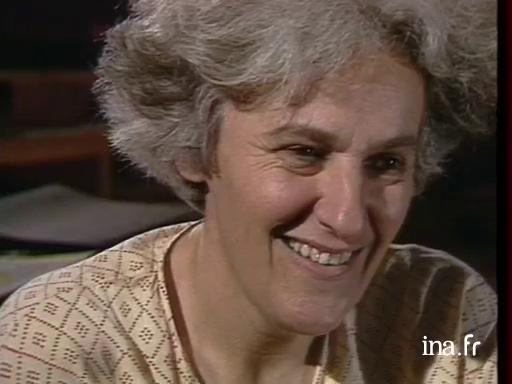 Ariane Mnouchkine answers Fabienne Pascaud's questions and attempts to define her theatre. She brings up the links between theatre and politics, the role of subsidized theatres and the way her company works.

Ariane Mnouchkine was born in 1939. She put on her first play in 1961 with a theatrical association that she founded at the Sorbonne. After much travelling, she created the Théâtre du Soleil (Theatre of the Sun) in 1964, a cosmopolitan cooperative based on community and political engagement ideals. In 1969, the troupe met real success in Milan with1789. The show was played at the Cartoucherie de Vincennes where she moved to in 1970.

Beyond the will to create a theatre accessible to a large audience, the proximity between audience and players was assisted by the arrangement of the stage and seating, treating them as meeting spaces before and after the shows. In 1977, Mnouchkine wrote and directed the filmMolière. In 1981 it was back to the theatre with a series of Shakespeare plays. Then followed several remarkable plays based on texts from the contemporary author Hélène Cixous. The political and militant aspect of Mnouchkine's theatre was enhanced with a real aesthetic dimension, often drawing from Oriental rituals. With the collective creation ofLe Dernier caravansérail(2003) andLes Ephémères(2006), the Théâtre du Soleil showed itself to be resolutely facing the contemporary world.

In 2007, Ariane Mnouchkine was named chair of artistic creation of the Collège de France for twelve months. The same year, she received a special Lion d'Or for her whole career at the 39th international theatre festival in Venice.

Currently, you're one of the few to talk a bit about the history of contemporary art, after Norodam Cianouk, now here's La Partition. Do you think that it's one of the roles of theatre to testify, like that, about contemporary history?

Yes, I think so, but it's not just because I believe it that we do it, it's because I like that. I like this type of theatre. Let's just say that I'm not calling it THE theatre, I would just say that it's our theatre. It's... I think that history... Plays are made to bring to life real stories, even imaginary but true ones. And... So I also think that when you say "testify", that it's true but testifying is also making history, like a grain of sand. I think that when a show tells a story that's real and important, that it's not just testimony, it's also action, it's also participating in history. But on a microscopic level such as our own.

Are they political shows?
(Silence)

Yes. Well, because I want to give you a simple answer, I would say yes. If we start to ask ourselves what do you mean by that, they are not ideological shows, they are historical shows that tell the stories of events, of passion, of struggles, but there isn't a political perspective.
(noises)

In the last 16 years that he's been living in the Vincennes Cartoucherie, has the "Theater of the Sun" evolved?
(Silence)

Well, if you want to know, I think that now, those who come to the Theater of the Sun and who wonder, amongst other things, what... They know exactly what it is. I'd say, both through the positive images that they get from the show and through the negative images they get from harsh places, etc... So, they know. And so when they come, they choose. Therefore, I'd say that there are less misunderstandings regarding the choices, and the ways of working and even considering that... that it's our duty to provide this public service and even though we don't get enough subsidies, the state nevertheless provides us with funds, which it doesn't do for small companies that do masonry, plumbing, etc... so that gives us responsibilities.

The responsibility to train ourselves, to train our actors, to... to still give them precisely the time that they need to be trained, but just the same, that means we have to accept a certain low scale of pay compared to what goes on elsewhere. You can't rehearse for 6 months and also expect to get the same salary as actors who rehearse a month and a half. There is a choice here.

How much does an actor make at the Cartoucherie?

Everyone earns 7,500 francs after taxes.

It's very little. I'm not saying that we wouldn't like to earn more. That being said, it's very little for this profession, but if you take a look in the newspapers to see what the French earn, some people who are listening to us, there are many people who earn the same or a bit less. So it's not much, but it's not indecent. Sometimes we get the impression that we're a bit like outsiders.

I bit out of fashion almost?

Maybe a bit, yes. But it depends. There are times where we are almost proud to be out of style.

But don't you think that it's a bit sad, the fact that you're also perhaps the last permanent troupe?

That, I assure you, I don't think that this is true. I'm sure that we're not the last troupe. You know it better than me, even. There are plenty of young troupes that are being created and just because they don't get any help, I'd say, doesn't mean that they'll be killed before they see the light of day, and that they don't have this desire to have a troupe. I think, quite simply, that it's 30,000 times harder to create a troupe nowadays than to have one back in the days when we were born.

Do you have difficulties yourself?

Huge ones, yes. But I don't think that theatre... I think that there will always be people who will want to, one day, board the ship together and cruise through the waters of theatre.