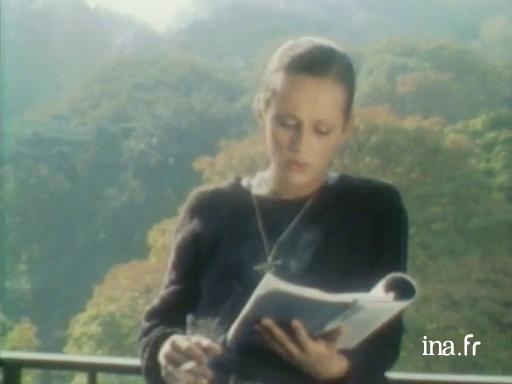 About the creation of Peter Handke's play, Walk About the Villages , at the TNP.

Peter Handke was born in 1942 in Griffen, in Austria. He had an unhappy, violent and poor childhood, which marked him profoundly. As an adolescent he started to publish texts in his school's newspaper. He started studying law but gave that up in 1955 when his first manuscript was accepted by a publishing house. From then on, he dedicated himself solely to writing novels, plays and scripts: The Hornets (1966), The Goalie's Anxiety at the Penalty Kick (1970), The Left-Handed Woman (1976), Wings of Desire (1987, a film by Wim Wenders).

A committed writer, Peter Handke is also a literary activist. He gained fame in 1966 by interrupting an encounter with Groupe 47 (which was the unquestionable leader over German literature) in Princeton with his provocative play Publikumsbeschimpfung ("Offending the Audience"). In 1996, in his book A Journey to the Rivers: Justice for Serbia, he portrayed the Serbs as victims of the civil war in former Yugoslavia. This hypothesis created a general uproar which reignited in 2005 when Slobodan Milosevic, who was accused of genocide and of crimes against humanity at the Hague penal tribunal, cited Peter Handke as a witness for his defence. Handke declined the offer but was present at Milosevic's funeral. Currently, Peter Handke lives in France, near Paris.

After Hitler was gone, it was about getting back to a totally new dialogue because society changed and also to try to get away from any risk of systematisation, and therefore totalitarianism. Meaning that, it was writers, starting with him, who got back to listening to themselves. He's a man that's extremely sensitive to the world's suffering and to our time's traumas. In fact, it's by getting back to his roots and by only saying things that reflect his instinct at that time that he all of a sudden reconnects with the universe and that by speaking, for instance, about his own family, about his mother's suicide in "Le Malheur Indifférent" or, here, about his brother and sister in the play called "Par les Villages", by talking about his family and himself, he's speaking about the world's history, in fact.

At the valley's entrance, the dust clouds were already rising from the building sites.
(Silence)

The water of the stream was yellow from it. Behind every location plaque, another much larger one bore the number of the building site, but as for me, I took the ridge path between the orchards. The dust clouds floated above the hills opposite and the column of trucks added their whirlwind of sand. The light became sulphurous and it ended up coming from afar in a beautiful way.
(Silence)

No one can do everything, but everyone can say everything.
(Silence)

Actually, what he's requesting, is that the stage set demonstrate space, but that the actors don't act like characters, but remain themselves instead. And that through their work, they adopt this language of shame, which reflects thoughts of shame, as their own language and their own words by finding very close equivalents in their own lives... We all have them. Meaning that, even thought there are supporting characters since there's a family, there are brothers, there are sisters, there are workers, there is a work site supervisor, there's an old woman, there is Grégor himself who is Handke's character who is a writer who is therefore there on the stage, who finally starts writing. And all of the characters, even the mute ones, always have to act out the entire play.

"We take detours, especially far from time. Let yourself be distracted. Put yourself on leave, so to speak. Don't neglect the voice of any tree, of any water.
(Silence)

Go wherever you want and grant yourself some sunshine. Forget about your family, give strength to strangers, examine details closely. Go where there's nobody else. Pay no mind to the drama of destiny, look down on misfortune, appease conflicts with your laughter.
(Silence)

Put yourself in your colours, stay within your rights, and may the sound of the leaves be gentle. Go through the villages. I'll follow you".

He doesn't deny the despair that's passing through our time period. He doesn't deny the horrors, the wars, the violence, the threats of war, all of these extremely traumatizing events and also the crises which we're going through. He's not blinding himself saying: "Everything's fine". But he says something very important, it's that our time is now, and that this time, you have to live through it even with everything that's terrifying and catastrophic. But as long as we're here, living, we also have to find, within us, a way to find reasons to live, and that's when, through this look, it magnifies and transforms the world and things.