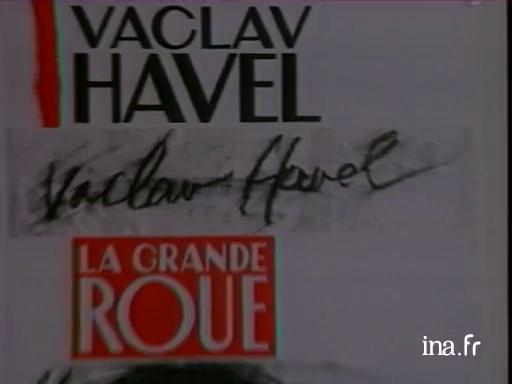 On the occasion of Vaclav Havel?s official visit to France, the actors and directors who have performed Mr. Havel?s plays in France pay homage to the dramatist at the la Bruyère theatre. Numerous prominent figures from the French theatre scene are present, including Pierre Arditi, Daniel Gélin and Stéphanie Meldegg, the director of the la Bruyère theatre, all of whom are interviewed.

Born in Prague's economic and intellectual elite, Vaclav Havel (1936) saw his education disrupted by the communist regime. Forced to work and unable to enter universities, he took night classes and set out to study economics, before becoming an intern in Prague theatres and taking long distance playwright courses. His work started getting published in 1955, and his first plays (The Garden Party, 1963) were played despite criticism from the Czech communist government.

His commitment in the Prague Spring, his contribution within the Circle of independent writers, the open letter he wrote to president Husak and his commitment to Charter 77, in favour of the respect for human rights in Czechoslovakia earned him censorship as well as several prison terms, between 1977 and 1989. It's worth mentioning that while in prison, he wrote the Power of the Powerless essay (1978).

Named as interim president of the republic after the Velvet Revolution, he was elected as president in 1990. He quit in 1992, when the country was splitting up, and in 1993 he became the first president of the Czech Republic, for two terms. He then got back to writing essays (To the Castle and Back, 2007) and plays (Leaving, 2007).

For Vaclav Havel, this day was focused on diplomatic conatacts and discussions, yet also the occasion for a moving reunion The playwright could finally meet all the comedians and directors who played or staged his plays Reporting from Theâtre La Brutyère in Paris, Dominique Poncet
(Silence)

All were there, tonight to honor Vaclav Havel All these "artistes" who fiercly stood behind him when he was only a playwright whose ambitions had been crushed by the Soviet invasion of Czechoslovakia during the Prague Spring, when he was regularly thrown into jail. All were there, among which Ariane Mnouchkine, Patrice Chéreau, Michel Piccoli, Roger Planchon, Pierre Meyran and Pierre Arditi. Pierre Arditi who remembered :

One of his plays was going to be staged in Avignon Festival, and then just when we were going to perform, he was put in jail. So what the play was about and its meaning weighed heavily on us It was not only a play we were performing, but a mere pamphlet

Yes, all were there, all had tears in their eyes in front of the man they had been expecting for more than 20 years. And these people familiar with make-believe could not actually believe their eyes

What is wonderful, is that he is now free and President of the Republic. We all really feel it's a dream Even in the maddest or most magnanimous dreams, we never dared imagine such a thing. It is an incredible victory for the theatre to promote democracy It is a historical milestone Yet now, we wil stage Vaclava Havel, just as another Molière He is now considered classical

Theatre is all he has ever wanted He has been a stage hand, a tehnician an electrician, then playwright, director, writer, actor, he has done it all

And this is precisely why the large French Theatre family was celebrating tonight, very simply, as Vaclav Havel had wished, in the small Theatre Labruyère where three of his plays had been staged.
(Silence)