Bram van Velde about his art 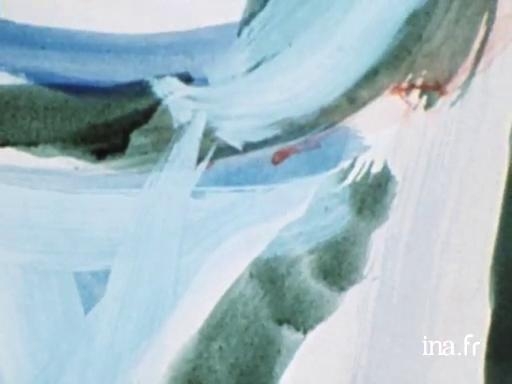 An interview with Bram van Velde in a garden, about nature and his painting.

Perhaps it was because he would have fit in well with his theatre that Bram Van Velde was linked to Samuel Beckett. A painter of failure, of an absolute truth, Beckett said his paintings were "endless revelations, veil behind veil, layer upon layer, imperfect transparencies, a revealing of that which cannot be revealed, of nothing..." Considering his works as existential acts he didn't date them nor give them titles. As he says at the end of the extract, "one almost plays with ones life with painting".

This self-taught man, born in Abraham in 1895 near Leyde in Holland, was influenced by numerous dramas, from his father's abandonment which left his family in misery, to the death of his two companions, the painter Lilly Klöker during the Spanish Civil War and Marthe Arnaud, a former missionary who was hit by a car in 1959.

His style is influenced by the Expressionist group of Worpswede, that he discovered on a trip to Germany at the beginning of the 1920s. He continued to develop it until he obtained a very personal abstraction, which he stuck to from then on. From 1941 to 1945, he stopped painting. He didn't have "anymore energy to continue his work", calling himself "completely helpless", but finally received recognition after the war. After having travelled a lot, Van Velde moved to France, where he died in 1981.

Were you a, a man of nature who liked to be surrounded by nature and look at it.

It's strange for a painter to say: I don't see much.

No, it's not, it's that... reality doesn't interest me very much,
(Silence)

It's of almost no importance, only for me to feel happy or unhappy.
(Silence)

I feel happy sitting down, because there is something about it that calms you, especially if there is no noise. Noise makes me suffer terribly.
(Silence)

And so clearly I...
(Silence)
I put such effort into painting,
(Silence)

Basically, it's an effort towards the invisible, which will never leave me, and only the painting makes me see.
(Silence)

It's the moment when I am alive, you see. At this point the painting which sees has truly come out of the emptiness, that can cure death before you need it to. It's in that way sometimes that I manage to do only one painting,
(Silence)

Which makes me live, I only have to think of it and I am full in life.
(Silence)

You play out your life a bit with painting.
(Music)