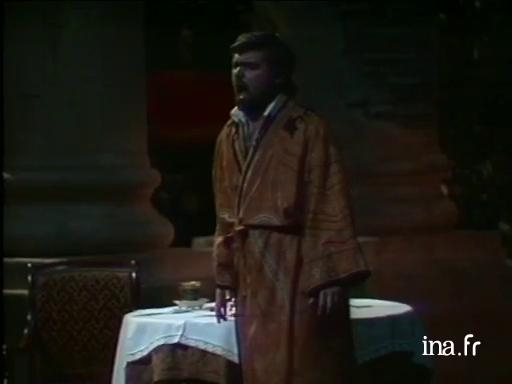 Recorded at the grand Theatre of Geneva, the tenor Peter Dvorsky performs the grand Duke in Rigoletto by Verdi: Ella mi fu rapita.

Born in 1951, this future Slovakian tenor first studied the piano. He started in 1972 in Bratislava where he sang Lensky in the Eugen Oneginby Tchaikovsky. In 1974 he won the Tchaikovsky competition in Moscow. Then he worked at la Scala in Milan. Luciano Pavarotti took him under his wing and introduced him as his heir. in 1979 he stood in for José Carreras under the direction of Carlos Kleiber. And so his international career began: 25 countries, 60 opera stages! His repertoire includes Bizet, Verdi, Dvorsky, Massenet, Puccini, Smetana, Strauss, Janacek, Gounod, Cilea, Rossini... Peter Dvorsky never hesitates to add Czech or Slovak songs to his recitals or recordings, as well as classics of Neapolitan song.