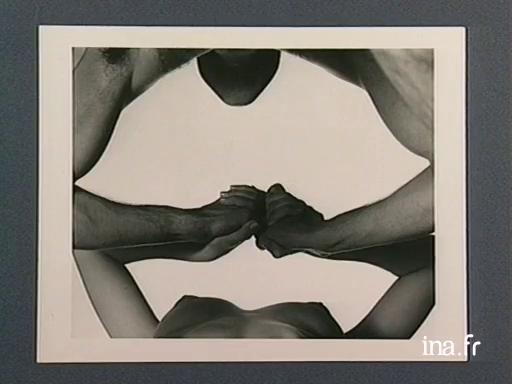 Photographs of naked interlaced bodies, in black and white, by Tono Stano, Slovak artist and revelation of the 1990 Arles encounters.

Born in 1960 in Zlaté, Slovakia, Tono Stano studied photography at the Applied Arts school of Bratislava, then worked as a studio photographer for Film Product in that town. Armed with his diploma, he became a freelance photographer from 1981. He was then presented as one of the best elements of new Slovakian photography.

He developed a style of photography that was both realistic and off-beat, with underlying metaphors, like in his Calendrier. But he is best known for his fascination with the female body that he captures with elegance, obscenity and phantasmagoria, where he uses light effects to bring out the contours of the body. "I make my models evolve," he says, "as if they were angels without constraint nor weight." Recently he has worked on feminine nudes, no longer in the studio, but in the heart of the countryside.

His photos have been on the covers of several reviews and have been exhibited in several galleries in Paris, Prague, Anvers, Budapest...

Tono Stano, one of the revelations of these last art encounters. Tono is Slovakian. He is just thirty years old. He lives in Prague.
(Music)

A finger of Irvin Penn, a trait of Helmut Newton, a good dose of Duane Michals and of course, a lot of Stano. A way of conjugating clarity and the fantastic that perpetuates the great Czech photographic tradition. "I have my models evolve" says Stano. As if they were angels, without constraints, weightless.