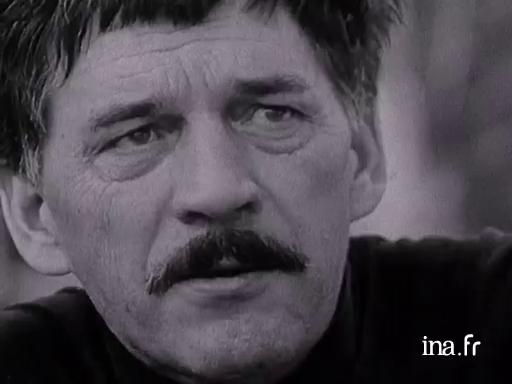 Conversation with writer Dominik Tatarka regarding Czech youth, which, "disappointed by the Communist party, searches for its own solutions, while seeking to maintain the base of popular democracy".

After having studied French literature and language, most notably at the Sorbonne - he tells the story of his time in Paris in Une Saison à Paris (1963) -, the life of Dominik Tatarka (1913-1989), who was a French teacher and literary translator in Prague, was first disrupted by the Nazi occupation, then by the communist regime after the 1948 putsch. Having fought against the German occupation, he denounced the Slovakian state of Jozef Tiso, who was their ally during the war, in La République des Curés (1948). With communism, he found a solution, before becoming disillusioned.

Accused of being an "upper class nationalist" in 1951, he wrote Le Démon du Consentement in 1956, a novel on disillusionment, right in the middle of the loss of Stalin's influence. After the Prague Spring and the Soviet invasion, he becomes a dissident, was forbidden from publishing and condemned to isolation. His works were removed from libraries and his works had to be published abroad or underground (Seul Contre la Nuit, 1984). He was subjected to this ostracism up until his death in 1989, without him being able to witness the Velvet Revolution nor the fall of the communist block. Today, one of the most important Slovakian literature prizes bears his name.