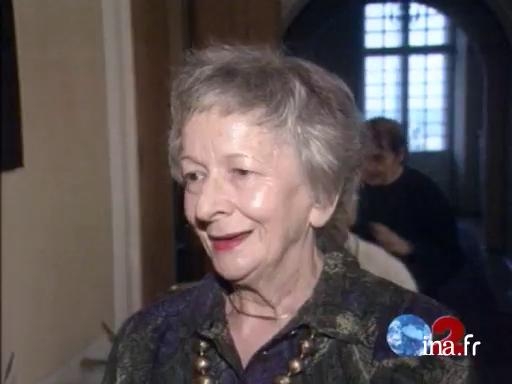 Brief portrait of Wislawa Szymborska on the occasion of the Nobel Prize in Literature that he was just awarded.

Wislawa Szymborska was born in 1923 in Bnin, near Poznan (Poland). In 1931, she began to study Polish literature and sociology at the Jagiellonian University in Krakow, one of the oldest and most prestigious of Central Europe. After the war, Wislawa Szymborska became a member of the Polish United Workers' Party.

At the same time, she began to publish her poetry collections, strongly influenced by communist ideology. However, she distanced herself from the party in the 1950s and started to frequent and read dissident writers. Her poetry was then more personal, using humour and distance to evoke a world of suffering where ignorance hate and stupidity ruled. She followed a career as a literary critic in the review will "Literary Life" from 1953 to 1981. She continuously published; her most famous collection, appearing in 1972, translated into Polish French works of the baroque era.

In 1991, Wislawa Szymborska received that Goethe prize and in 1996 the Nobel prize for literature, awarded by the Stockholm Academy to "a poetry that, with an ironic precision, allows the historical and biological context to come to light in fragments of human reality". She still lives in Krakow.

The first Nobel Prize of 1996, the one for literature was awarded, today, to a female poet from Poland, Wislawa Szymborska. A holder of the literature agrégation, this poet of 73 years of age has had a prestigious student, Karol Wojtila, who is better known, today, as Jean-Paul II. In one moment...