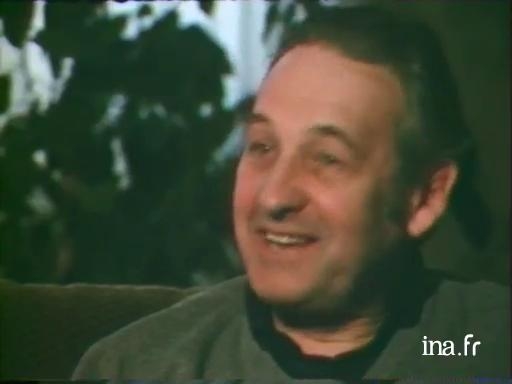 Interview with Polish film-maker Andrzej Wajda regarding his film Man of Marble. The film talks about a young woman who investigates the life of Birkut, a heroic bricklayer of the 1950s.

Even though he was honoured in 1981 with a Golden Palm at Cannes for his film Man of Iron, which realistically depicts the turmoil of the Polish revolution, filmmaker Andrzej Wajda, born in 1926, owes some of his fame to a previous edition of the festival.

In 1978, his film Man of Marble, which was shown as a surprise on the night before the end of the festival in order to discourage a veto from Polish rulers, was cheered. The film, about an investigation by an apprentice documentary maker who seeks to discover why the statue of a communist hero disappeared, was a brilliant work of art, both courageous and ambitious. The film is a relentless look at the years of censorship and oppression, which he portrays as ending soon.

This feat by the former student of the Lodz school mustn't overshadow his other fascinating works, which are most often based on Poland's history, and deliberately choose a method of resistance from the "interior", from the remarkable "war trilogy", (A Generation, Kanal, Ashes and Diamonds), from 1954 to 1959, to historic tragedies (Danton, 1983, Katyn, 2007), with a few bitter portraits along the way, as represented by his adaptations of The Birch Wood (1970) and The Maids of Wilko (1978).

[Polish] I wanted to make this film for the last 14 years. (Polish) And suddenly... Every year, I spoke to the authorities, telling them that it was a great subject, a magnificent script and that we had to shoot it, and suddenly, after 14 years, the possibility finally became reality, when I no longer thought it could happen. So, at that time, I decided to make the film because I thought that it was necessary. First of all... (Polish) the young generation wants to know their fathers' stories. Also, because the old generation, mine, wants to see its story, its own story, since this subject was basically erased from our history, from our lives. So it's not a surprise that this movie was such a success in Poland.

Is this film a simple observation of the past or is it a warning about the present?

[Polish] I think that it's a film that doesn't just depict that time period and what happened at that time but it's also an open road to the future because it's a tale within a tale: a young girl tells the story of the past and it seems to me... that between everything that she says, there are links with 20 years of our lives. (Polish) However, it seems to me that it's very important that there is this continuity despite all of the political hesitation, despite all of the hardships that existed. It's very important that she insist on making this film, as if... as if it were her father's story.

Did this film open any doors in Poland? Did other films with the same critical style follow?

Yes, I'm strongly convinced that it's the case. (Polish) When I screened a film in Cannes in 1958, I screened a film in Cannes in 1956, French critics gave us a title. They said it was the Polish school of cinema. (Polish) I think that this is something that we owe to French critics, that they gave us a name. And going by this name, Polish school of cinema, we made many films not just me, but my peers: Kawalerowicz, Munk and quite a few others. Afterwards, Polish cinema seemed to have sunk for a long time. (Polish) And I think that once again, we're penetrating the screens, we're coming back to the screens, but this time, the French haven't yet given us a name. (Polish) That's why I think everything will be fine. (Polish) I think that this new Polish cinema will find its name. I believe we have many new directors that are full of talent, that the new Polish cinema is characterised by the fact that it features current problems. Even if it doesn't cover very big problems, it photographs reality the way that it is. And that, that's something that is worth the effort. (Polish) It's strange that Krzysztof Zanussi made a film called "Camouflage", and that I've made "Man of Marble" and that the younger ones made a bunch of films that are also films from the same bag, the same type of films. This means that it has nothing to do with a generation or a specific generation of assistant directors, of directors. Obviously, I'm the oldest one.