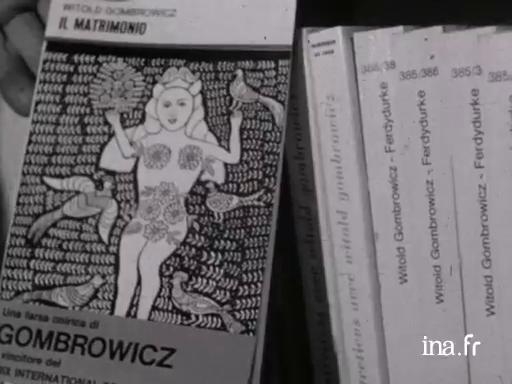 Witold Gombrowicz was born in Maloszyce, Poland, in 1904 and died in Vence, near Nice, in 1969. He started out by taking law classes at the university of Warsaw, and then he left for Paris to study philosophy and business economics. In 1933, Memoirs from a Time of Immaturity, a collection of short stories, was released, and then his first novel, Ferdydurke, appeared in 1937, where the main themes of his later work already appeared: through the absurd and the grotesque, Gombrowicz dissected human psychology, youth, immaturity and the oppression of upper class and noble society and culture on the individual - especially in Catholic and conservative Poland.

He left for Argentina in 1939 for a few weeks, but the launch of World War II convinced him to stay there, where he spent the next 25 years. His miserable life among the immigrated Polish intelligentsia was recounted with twisted humour in his Journal. Gombrowicz's work remained largely unnoticed until the 1960s, when he returned to Europe, first to Germany and then to France. His success then started to grow, and his novels and plays started to get translated. In 1967, he won the International Publishers Prize for Cosmos.

An unclassifiable, writer, novelist, playwright and essayist, unique in his way of thinking, in his construction of texts and in the strength of his language, Gombrowicz has profoundly marked XXth century literature, and has influenced many authors.

Today where you have had the Prix International des Editeurs, at the theatre where you are shown throughout the world, you are translated in all the countries, despite that, do you feel that you could easily earn a living by your pen, that publishers have respect for you?

Do you not feel that it's come a bit late?

Yes of course for me, it's a bit sad, because not only age but also illness will not allow me to take advantage of everything. But I always had the feeling that you can't profit from art. By that I mean a minor artist, let's say a virtuoso, an "I don't know what", an actor or something like that, then you can make a profit, there is applause, you can earn a great fortune etc. But an artist who is trying rather to create something more profound or personal, then you can't count on earnings, you pay for it. There is art for which you are paid, another for which you pay. And you pay with your health, you pay with your facilities etc. So naturally, I don't know if I'm an important artist or not, but in any case, my life was rather in this aesthetic sense.