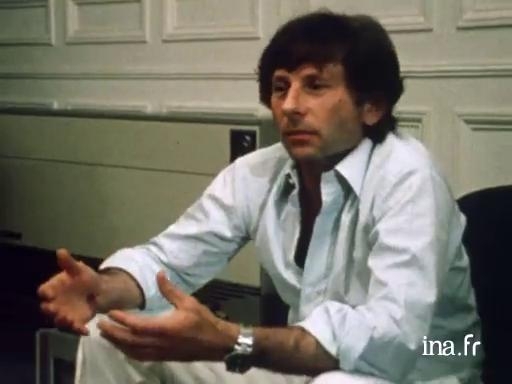 Film-maker Roman Polanski explains his decision to adapt Tess to the big screen.

Discovered in Europe through his innovative films Knife in the Water and Cul-de-Sac, Poland's Roman Polanski, now a Frenchman, gained recognition in both France and the United States with thrillers such as Repulsion, with Catherine Deneuve.

His decision to use a romantic English novel therefore surprised both critics and viewers: Thomas Hardy's Tess of the d'Urbervilles (1891) tells the story of the tragic destiny of a young peasant woman in search of love. Polanski started working on Tess as a tribute to his wife Sharon Tate, who was assassinated in gruesome circumstances in 1968, and maybe also as a reaction to rape accusations that he escaped from in the United States in 1976. Tate, who introduced him to the novel, had things in common with Tess, which he discussed in his memoirs Roman by Polanski. Co-produced by Claude Berri and featuring a large budget, the shoot of Tess was plunged into grief after the death of chief cinematographer Geoffrey Unsworth and disrupted by a strike by the technical team. Nevertheless, he brought recognition to a then unknown 18 year old Nastassja Kinski, and collected a harvest of awards, including Césars for best picture, best director, and best cinematographer, as well as Oscars for best art direction-set decoration, best cinematography, and best costume design.

I didn't choose it because of England, I didn't choose it because of the time period. I chose it because of its literary and human value. It's one of the greatest novels ever written. It's a great love story. It's a great book. It's a very moving book, very interesting to read. What persuades us, as directors, to make a film? Something that excites us, that pleases us. We tell ourselves: "I'd really like to make a film about this. I'd really like to see this up on the screen". I had... Besides, not just as a filmmaker. I remember, when I was a child, I read certain novels. I told myself: "I want to make a film, one day, about this". Right then, I thought that it was time to make a film that talks about deep human emotions, about basic feelings and universal feelings. There was a bit of surrealism, a bit of absurdity in everything that I did before, just like in many of today's plays which have influenced me quite a bit. Like many of today's novels, like you see in many films. I think that nowadays, life itself is becoming so absurd, so surreal, that we instinctively want to get back to more realistic things, more essential and human things I would say, like love, loyalty, treachery, shame, the intolerance of society, the cruelty of our society.

What is the goal? To make people cry a bit?

No, the goal isn't to make people cry. Making someone cry is more of a means. The goal is to make people think, and reflect, and come to certain conclusions. Besides, I try to do this in all of my films, not just in this one, through other means, not through crying. Sometimes, you can achieve this goal by scaring people, sometimes by making them laugh. In general, I think that a film has to move people. I think that art has to move people. I think that if it leaves us cold, it's not worth being done, it's not worth staying two hours in a theatre room.