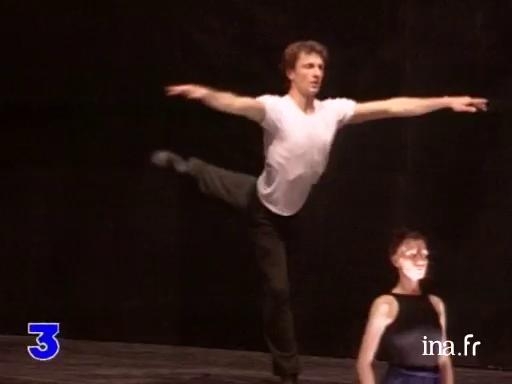 Report on Jiri Kylian's show Doux Mensonges which is currently at the Garnier Palace. Excerpts of the show, interviews with Manuel Legris, star dancer of the Opéra National de Paris, and with Jiri Kylian.

Jiri Kylian, Czech dancer and choreographer, was born in Prague in 1947. Trained in classical dance from 9 years old in Prague, he studied at the Royal Ballet School of London in 1967. In 1968, noticed by the choreographer John Cranko, he became a soloist in the Stuttgart ballet, where he performed his own choreographies from 1970 onwards:Paradox, followed the same year byKommen und Geben(over music by Bartok) and by three other creations from 1971 and 1972. From 1973 he worked with the Nederlands Dans Theatre in The Hague, where he worked as an artistic director from 1975. Three years later, he took over the head of the ballet, whose international prestige he reinforced from 1978 withSinfonietta(over Stravinsky music) andSymphony of Psalms(over his compatriot Leos Janacek's music).

Rigorous in his work, and no less in listening to his dancers, generating harmony, energy and fluidity. His dance draws its originality from an alliance of classical style, modern techniques (under the influence of Martha Graham) and folklore. InDreamtime(1983), he refers to Aboriginal Australian culture. By dividing the Nederlands Dans Theatre into three companies, of which, NDT3, is made up of dancers over forty years old, Kylian has added to the troupe's specificity.

Baroque music is increasingly popular with the general public. "Les Arts Florissants" are a unique French Baroque ensemble who are celebrating their twentieth anniversary. The Paris Opera asked master choreographer Jiri Kylian to create a unique work, a blend of voices and dancing. The first representation will take place on Thursday 20 May at the Garnier Palace. Xavier Collombier and Clément Buhler were lucky enough to watch the rehearsals. Take a look.
(Music)

The voice blends with the dancing, so we don't hide the singers in the orchestra pit anymore.
(Music)

The voice leads the beat.
(Music)

And so, the dancers hide behind.
(Music)

It's truly rare for us to get the chance to work with singers, and it's true that the voice is an additional instrument in music. It gives us vibrations and things that are completely different and even stronger.

What is the Kylian method?

The Kylian method, there is no method, since he's a genius, in my opinion. What I mean is, he knows the body perfectly, he finds the parts, the combinations of steps that seem infinite to me, and absolutely surprising melodies, and we get the impression that each step comes from an emotion and everything seems natural.
(Music)

"Gentle Lie", Jiri Kylian tells us the story of the couple. An impossible adventure, where everything is a miracle, a trick yet actual reality on stage.

I show two realities of dance, the one you see on stage and the one that takes place under the stage. I find it very symbolic to show the backstage area. That's how it is in love, there are things that you show and others that you hide. It's called "Gentle Lie". In fact, if you look at the dancing, the artists, it's the same, we're all liars.
(Music)

Reality and illusion are therefore portrayed in this creation. And as in love, it's better to not reveal everything. If everything goes as planned, the opera should transform itself into Cupid after the first performance.