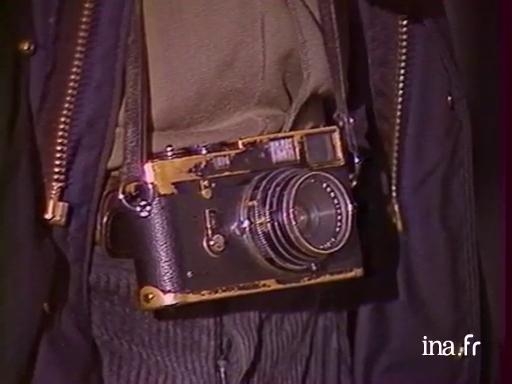 Report presenting a retrospective dedicated to photographer Josef Koudelka at the Palais de Tokyo, from Prague in 1968 to Paris in 1988.

Born in Czechoslovakia in 1938, Josef Koudelka started out in photography at a young age.

Later, he took up his aeronautical engineering studies, but his meeting with Jire Jenicek, and especially with Anna Favora brought him to dedicate himself completely to photography. Then he led an itinerant lifestyle and gained international recognition thanks to his photos of gypsies. These would open the doors of the Museum of Modern Art in New York in 1975 and give way to book Les Gitans: la fin du voyage, for which he'd receive the Nadar prize in 1978.

He was in Prague for the events of August 1968. His many snaps taken anonymously at the scene would earn him the Capra prize in 1969. It wasn't until 1984 that he could finally publish them under his name. In 1970 he moved to England, then became a member of the Magnum agency and made friends with H. Cartier-Bresson and R. Delpire. In 1986, armed with a panoramic camera he joined a DATAR mission on rural and urban landscapes in France.

After 20 years in exile, he went back to his birth country and began a work on landscapes that had been devastated by steelwork and mining. Josef Koudelka has exhibited in Paris, London, New York... and has received, among others, the Grand Prix National de la Photographie, the Cartier-Bresson prize in 1991 and the Hasselblad prize in 1992.

The Tokyo palace reopened its doors last night and now houses, amongst other things, the Centre National de la Photo which inaugurates its huge exhibit halls with Josef Koudelka, a photographer that Robert Delpire, the president of the CMP, has always praised. Véronique Bonnet.
(Silence)

(Music) Josef Koudelka, 50 years old, a Czech photographer who was recently naturalised as a Frenchman, after about fifteen years of wandering around Europe after the invasion of the soviet tanks in Czechoslovakia. Koudelka's works are familiar to us mainly thanks to a series started in 1968 on the gipsies of his native country and of Romania, gipsies which he played music with, in the beginning, but that he only photographed later on, once they accepted him. "And since then, he explains, the gipsies, which are great actors, would voluntarily come up to me to be photographed". A book was published, which, even if it didn't save them, serves as testimony of their existence.
(Silence)

Events in 1968 Prague were the subject of a second series of very famous photos by Koudelka. And these photos, incidentally, were just used as references for the sets and costumes of the film, "The Unbearable Lightness of Being", based on Kundera's novel.
(Music)

For the DATAR, and with a very rare camera, Koudelka recently photographed a panorama, those amazing landscapes that draw him closer to painting.
(Music)