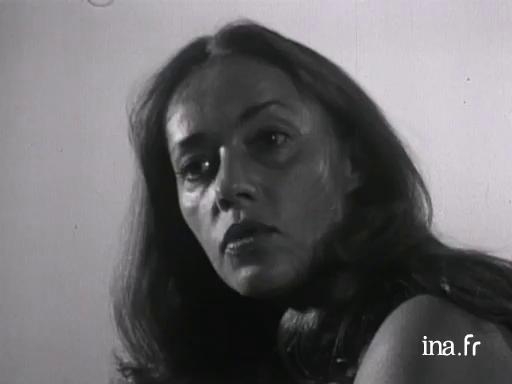 Jeanne Moreau discusses her "legend", her friends and happiness.

In 1965, when Jeanne Moreau was described as being the "most voluptuous drama animal of her time", she was already used to the press's comments and her ongoing "starification" for many years.

As early as 1950, her theatre role in André Gide's Les Caves du Vatican was worthy of an article in Paris Match and compliments from writer Paul Léautaud. Thereafter, her friendly encounters with filmmakers and authors graced both her personal life and career. In 1962, her role as Catherine, who is loved by two men in François Truffaut's Jules and Jim, revealed her singing abilities. The songs "Le Tourbillon" and "J'ai la Mémoire qui Flanche" were immediate hits. From 1962 to 1964, she acted non-stop for the world's best directors, Joseph Losey (Eva), Jacques Demy (Bay of Angels), Louis Malle (Elevator to the Gallows), Orson Welles (The Trial) and Luis Buñuel (The Diary of a Chambermaid) and she became friends with Anaïs Nin, Tennessee Williams, Patricia Highsmith and Henry Miller.

Today, we don't say Jeanne Moreau anymore, we say "the Moreau". How do you feel about that?

Me, people never say that to me.

We read it everywhere, in all of the newspapers.

Myself, I don't read newspapers. No one says that to me.

But your legend, doesn't it scare you a bit?

You know, my legend, I don't have much time to verify it because I work a lot, and when I'm not working, I'm at home with my friends and family. So my relationship with people hasn't really changed.

How do you feel when you're described as the "most voluptuous dramatic animal of today"?

I haven't read that.

You haven't read that?

And when they say (and this is in the prestigious and no less serious magazine called Time) that Greta Garbo doesn't exist next to you?

I think they're exaggerating, because I don't really like it when, to say something good about someone you have to try to destroy someone else's personality.

Jeanne, you have declared that you like leaving things and people behind. What do you mean by that?

Well, I think that in life, there are cycles and that we're lead by events and that all of a sudden, out of nowhere, we find ourselves surrounded by people who are completely different and who lead a life that is linked to the previous one but is also different. But as I am answering your questions, I think that I must have said that at a time when friendship didn't play a very big role in my life. I guess that I didn't have time to spend on it. But nowadays, I can't imagine living without my friends. Even if I go very far or even if my life is different, I can't imagine myself without them.

Last question, Jeanne, are you happy?

Yes, I'm very happy although sometimes I get the impression that I'm not, and when that happens, well, I get angry with myself because I have no right to not be happy.