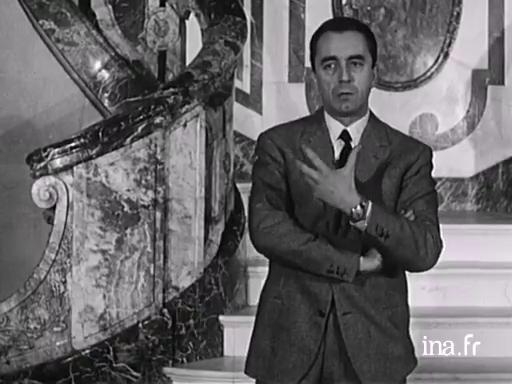 Michelangelo Antonioni presents the story of his favourite film, The Adventure, which was recently a big success in Parisian cinemas.

A documentary maker of the 1940s, on the trail of Italian neorealism, Michelangelo Antonioni (1912-2007) turned out to be a top-notch fiction filmmaker with Chronicle of a Love (1950), Camille Without Camellias (1953), and The Girl Friends (1955), all of them marked, in high society or in the blue collar circles of The Outcry (1957), by the incommunicability of couples and by existential solitude.

It was with The Adventure that he took a closer look at this deep alienation and invented a new film language. A group visits an Italian island; Anna disappears. Antonioni creates a range of expectations in viewers: the friends should be searching for the young woman, but they seem to have forgotten her. A couple is formed between Anna's lover and her friend Claudia. Presented in Cannes in 1960, The Adventure is greeted with boos, but 37 filmmakers and critics (including Roberto Rossellini) drafted a letter of support for it and it received the Jury Prize "for its remarkable contribution to the search for a new film language".

From The Night (1961) to The Red Desert, his first colour film (1964), through The Eclipse (1962), Antonioni continues to shoot Monica Vitti, who played Claudia In The Adventure.

The Antonioni films that you might have seen until now, during this festival, represent the first part of his career. Up until now, Antonioni experimented with his language, or, at least, what was supposed to become his language in the long run. You've seen short films, you've seen feature-length films, you've seen fiction films, where Antonioni pursued his search through themes that eventually became his favourites, and that provided his language with a shape and precision that we might have had You're going to see excerpts from 3 films, which are "The Adventure", "The Night" and the last film that was presented at the Cannes festival, "The Eclipse". Moreover, Antonioni himself will present his film to you. This presentation took place a few months ago, it was after the Parisian success of "The Adventure", and Antonioni was still a bit surprised with this success which he never dreamed of after the reception at Cannes.

In "The Adventure", even more so than in my previous films, the plot isn't crucial. It's about a 2 part story, a young woman, Anna, disappears on an island during a walk with some friends, and we automatically think that they're going to look for her in the second part. But, when the film is over, everyone's forgotten about Anna. In fact, the subject of the second part isn't the search for Anna, but the fact that she was forgotten, by Sandre, her fiancé and by her best friend Claudia. We saw that through this love adventure that, a lost love and a new love, I wanted to bring to life its pain and its duration. It might be true, but that's not all that there is to it. It's not just a question of time.
(Silence)

Now that I think about it, with an objective look at what I do, it occurs to me that the core of this story, for me there's another crucial item at the core of this story. It's the delicacy of feelings, that's the purpose of the film. I developed this very theme, I pushed it obsessionally. Getting back to "The Adventure", I've talked about it so much that, in Cannes and in Paris, that it kind of bothers me to still be talking about it. Some critics mentioned the name Pfizer, others Proust, all of these comparisons flatter me of course, but at the same time they prevent me from revealing more. Of course, "The Adventure" is a film which is very dear to me, I'm still too blinded by it to be able to judge it. "The Adventure", is very dear to me because it's the result of very hard work, physically even. Me and my team, we spent 5 months on the islands we chose for the shoot, 5 exhausting and extraordinary months, I must say, 5 months that I'll never forget.