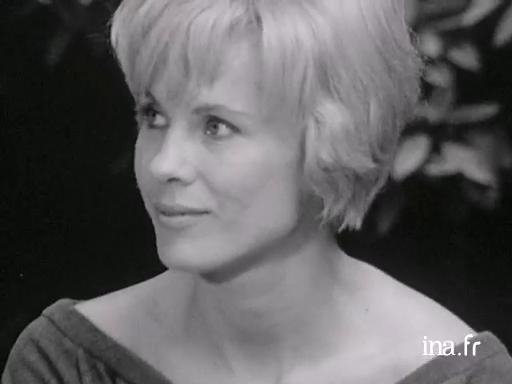 Conversation with Bibi Anderson on Ingmar Bergman's latest film, Persona, and on the influence that this director, with which she shot eight films, has had on her.

At the age of 31 years old, Bibi Andersson was already a well known actress in Sweden. But this was especially through the roles of pretty-faced young girls in 1950s films. Vilgot Sjöjman gave Bibi her first serious role in The Mistress, in which she won the Best Actress award at the Berlin Festival. Ingmar Bergman had discovered her when she was 15 years old in a soap commercial, and had hired her for 1955's Smiles of a Summer Night, 1957's The Seventh Seal and even Wild Strawberries, which came out that same year, and also for plays that he staged in Malmö and Stockholm theatres.

In 1965, he trusts her with her first main role in Persona. Her duo with Liv Ullmann is one of the highlights of Swedish cinema. Andersson plays Alma, a nurse in charge of a theatre actress suffering from mutism. Isolated on an island, the two women gradually have an attraction-repulsion relationship. Although she had a diaphanous physique, she was nevertheless cast for the role and won a Guldbagge (Swedish César), which opened up doors to an international career (we saw her work later on with John Huston and Robert Altman).

Bibi Anderson, it's quite unusual to find you here, in Paris, with us. But I think that this time, you've come here for a very very official reason?

Yes. I'm going to speak Swedish with the assistance of... [Swedish] I'm here for a very precise goal which honours me very much. For an exhibit that is perhaps the largest one, which was organised in Sweden.

So you are the envoy of the king of Sweden but you are also the film actress that we know. Bibi Anderson, you're most notably the star of Ingmar Bergman's very last film entitled Persona. What is Persona?

Between the eight films that you've shot for Bergman, which one stands out the most for you?

But Bibi Anderson, don't you get the impression that these roles, most of the roles you've played for Bergman have influenced you a bit as far as acting is concerned?

[Swedish] What do you mean exactly by acting? In theatre? In film?

The profession of acting.

[Swedish] Of course they have influenced me. [Swedish] What I mean is that I've been influenced by Bergman's ideas on theatre and on cinema even if I haven't been influenced in the human sense, if you will, in all of the roles.