Giorgio Strehler directs the Trilogia della villegiatura at the Odeon 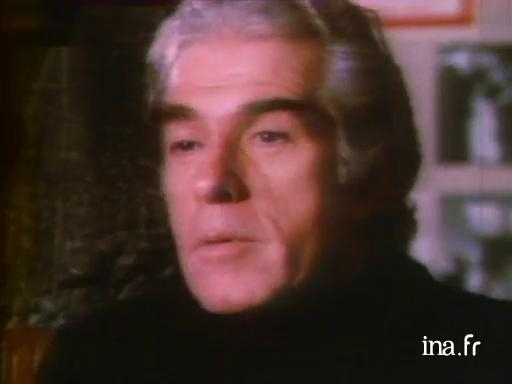 Goldoni's Trilogia della villegiatura is staged by Giorgio Strehler at the Odeon National Theatre, based on Félicien Marceau's adaptation and featuring French actors. The director, working with French speaking actors for the first time, talks about the actors' interpretations, language, rhythm and colour.

Giorgio Strehler was born in 1921 near Trieste. Graduated in 1940 from the Academia dei Filodrammatici, he played in travelling companies before signing his first directorship in 1943. In 1945, exiled in Switzerland, he affirmed his vocation as a film director withCaligulaby Calus.

In 1947 he co-founded the famous Piccolo Teatro di Milano, the first publicly owned Italian theatre, "a theatre of art for all", with high level shows at accessible prices, in the fashion of popular national theatre by Vilar. From its first season, Strehler guaranteed the Piccolo Teatro's success withServant of two mastersby Goldoni, which became his flagship show, performed for fifty years. Apart from Goldoni, his authors of choice were Shakespeare and Brecht, whom he considered himself to be a direct student of.

Reformer and figurehead of the Italian stage with an epic and political theatre, he became a model in Europe, notably for directors of the next generation like the French Chéreau and Mnouchkine, the Germans Grüber and Stein. In 1983, while continuing to direct the Piccolo Teatro, he took over the lead of the Théâtre de l'Europe at Odéon. Giorgio Strehler directed over 250 theatrical and musical shows. He died in 1997.

An enchantment, a very long enchantment. It lasted four hours, but from the moment the curtain was raised, time seemed to stop. One unforgettable evening with Carlo Goldoni on the stage of the Odeon, was the end of year gift from one of the greatest theatre directors of our time, Giorgio Strehler. The holiday trilogy which he had just put on with French actors, in an adaptation by Felicien Marceau, lead us without any transition from a comedia del'arte to a Chekhov style drama. Nine acts woven around a romantic plot which seemed to have been written yesterday but which sparkled with the spirit of the XVIIIth century.
(Silence)

In fact, it's the first time that I have worked directly with French speaking actors. Right next to a portrait of Father Antoine. I'm talking about French actors who I might add I know very well. I've loved French theatre for a long time, I love France, someone once said that I have a soft spot for France but it's true, why not. And even so it took me all these years to work directly with French actors. So it's fair to ask why, but why is simply due to chance. It's Daniel who will put it on.
[Work meeting]

Each country, each language has its rhythm, has its demands, and has it's possibilities for expression. For example you speak about lightness, the volubility of Italian actors for example very often, I find the softness and the lightness of French actors extraordinary, if you take the possibility of having this grace, for example of delivery which they bring for example in particular. With regard to expressions, with regard to the acting eh! French actors well, you must not forget that we are all born of the great school of mime which came from my grand master Etienne Decroux, and then after Etienne Decroux there are all the others, Jean-Louis and all the others, and that this problem of rediscovering mime, if you could say, came from France and not Italy.
(Music)

It's certain that there's no problem in the rhythm. In lento, is in lento everywhere, and in allegro, is in allegro everywhere. It's clear to me, I was born into a family of musicians, I particularly like music, perhaps I have a very developed sense of rhythm, more developed than others, and rhythm for me is very important.
(Music)