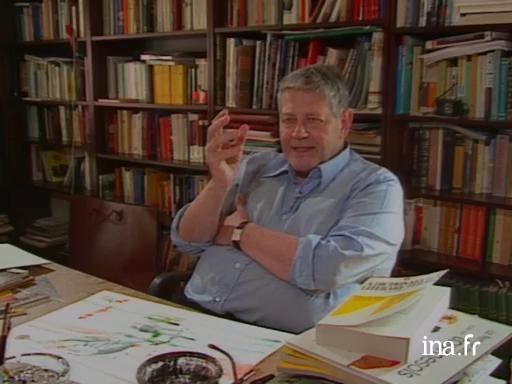 Portrait of Hugo Pratt, the creator of Corto Maltese. He discusses the ocean, the success of the Corto Maltese series, and Robert Louis Stevenson.

Before he gained fame from his tales of Corto Maltese the sailor, Italian cartoonist Hugo Pratt (1927-1995) led an eventful life. After a Venetian childhood and an African adolescence where his father was serving in Abyssinia, the events of a war that forced him into the German marines and to become an interpreter for the Allies, came a time for travelling: to Argentina, where Sergeant Kirk (1952) came to life, to England for the War magazine, to Brazil, to Africa once again, to Ethiopia, to Keny, to Tanzania...

In 1967, within the pages of Italy's Sergeant Kirk magazine, the first pages of Ballad of the Salt Sea were printed, where Corto Maltese was still nothing but a secondary character, before going off on his own adventures starting in 1970 in the pages of Pif magazine. Thereafter, it was in other publications such as France Soir in 1973, Tintin in 1974, Pilote in 1977 and Métal Hurlant in 1980, where Corto's stories appeared, alternating along with other series, such as The Scorpions of the Desert.

From 1975 on, when his comics were published in book format, especially by Casterman, Hugo Pratt became one of the world's most famous comic strip authors. In 1992, he finally made the pilgrimage that he had dreamed about for so long, to Stevenson's grave in the Samoan Islands.

Personally, I've said it many times, it's sort of like... drawing is like literature. My style of writing is drawing. Beyond that, it's about telling, describing, the story that I'm going to tell. You need to have something to say, like a writer does, like anyone, a filmmaker for example. In theatre, you need to have a play. So me, I have an idea that starts to develop through an image.

Why did so many people fall in love with Corto Maltese?

Well, I could have some ideas, something like that, thoughts. Maybe he was born during a specific time. He was born in 1967, before the great juvenile protest of 1968, so, well, everyone needed to look for a certain sense of freedom, and contest official culture, and bring change. So, Corto Maltese, he had something libertarian in him that made people dream. He was born well, he was born during a specific time period. As for me, I'm all about time, you know. Personally, I wait for the right time to do something. Everything was in the air at that time. And so, I found that my experience led me to create a character like Corto Maltese, and I chose the ocean and a battle.
(Music)

The Pacific islands, they're like a period that's written with suspension points. It's like a sort of friendship between navigators. So for me, the Pacific ocean is the most interesting one, that's all.

What do you know about the ocean?

I took long trips by sea, and when I was young, I worked next to ships, boats, or rather, packet boats or cargo ships, freighters. I even worked on a freighter when I was young. But I'm Venetian, so water is something that... it goes well with my need to imagine things.
(Music)

I have another appointment in the Pacific. I was supposed to go to Samoa, the English Samoa to find Robert Louis Stevenson's grave. It's a... Yes, I hope to get to this appointment I have in my mind, with the great master that was Stevenson.
(Silence)