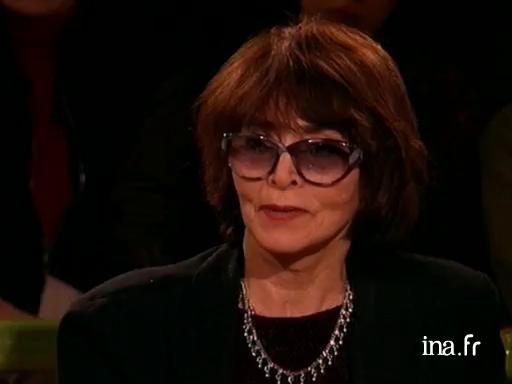 Following an excerpt from her film Daisies, Vera Chytilova talks about her seven years of forced unemployment following the release of this film, and her following films, Le Jeu de la Pomme and Fruit du Paradis. She also talks about the difficult situation currently affecting Czech films.

Vera Chytilová, born in 1929, is part of a generation of young Czech filmmakers that took over for the "1956 generation" directors - already breaking away from socialist ideology - and freeing themselves from Manichean and didactic ideals of official art in the 1960s.

Alongside experienced filmmakers such as Vojtech Jasny (The Cassandra Cat, 1963) and Jan Kadár (The Shop on Main Street, 1965), a few celebrities emerged that quickly became regarded as the "New Wave", whose audacity and freedom of expression reminded people of the wave that just swept across France. A significant person, Milo? Forman directed Audition (1963), Loves of a Blonde (1965) and The Firemen's Ball (1967). Amongst other peers (Jiri Menzel, Jaromil Jire?, Jan Nemec), Vera Chytilová was noticed in 1963 with Something Different before participating in the success of the collective film Pearls of the Deep (1965) and then directed the triumphant Daisies (1966). Unfortunately, after this productive period, repression came. Condemned to exile (Forman) or to silence (Chytilová), the Czech new wave ended in 1968.

We're going to make a small jump within this European continent, with you, Vera Chytilova, you have a carte blanche tomorrow at the Vidéothèque de Paris, in the context of a demonstration called "History(ies)", with - singular or plural, it's your choice You are an emblematic figure of what we call the "new wave" and which was the sign of a manifest renewal of Czech film in the 1970s, particularly with the 1966 cult film entitled "Daisies", of which we are about to see an excerpt.
(excerpt from the film)

Here Vera Chytilova, this is a movie which I think was inaugurated the new Chaillot Cinema when Henri Langlois invited you.

Mister Langlois, when I was here, I introduced this film to Paris in 1966-67 I think. Before I was at the world premiere in New York at the Lincoln Center.

So this movie created great problems for you with the regime of that period, as you were accused of a sort of nihilism etc... They cancelled all help and for several years you were unable to work.

How did you live during these 7 years of forced unemployment and professional interdiction?

Oh, I never lost hope of being able to work afterwards, but I had small kids, I was also a gardener, a built my house, which I still have, and I wrote several scripts.

And the move that followed was "The Apple Game"?

Yes, it was after this period. I could work on condition that my films be more "realistic".

And as a result you had an agreement with Belgians, that is, with Belgian producers that you were able to create "The Apple Game"?

No, no , no, "The Apple Game", the Belgians were a production after "Daisies" entitled The "Fruit of Paradise", that film is not here. This movie is even more directed in the sense of cinematographic art, in the experimental sense, of experiments with the camera.

Today, how, what if your situation in terms of a filmmaker? That is: you can work again, more easily or?

Oh yes, today, this Czech cinematography is completely destroyed. It is because of the economic transformation, culture is at zero...