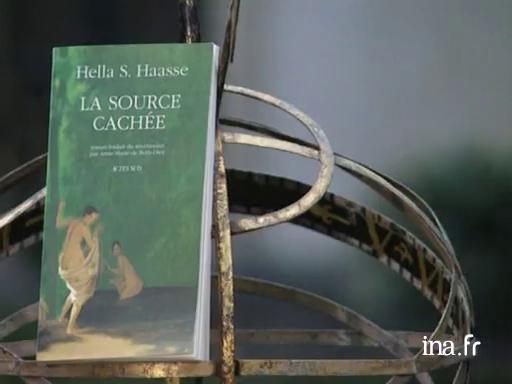 Helene Serafia Haasse, known as Hella S. Haasse, was born in Jakarta (Indonesia) in 1918. Daughter of the colonial high civil servant, she finally discovered her country of origin - the Netherlands - at the age of 20, when she went to study literature and dramatic arts in Amsterdam. She began to write novels and poetry very young. She published her first novel in 1948, Oeroeg, a work influenced by nostalgia for the lost paradise that for her was Indonesia, that became independent in 1945. Following that were other novels that dealt with the colonial past: The Lords of Tea (1992), Sleuteloog (2002).

The other theme of preference of Hella S. Haasse is the evolution of the European past, that she refers to in Mrs. Bentinck (1978) and In a dark wood wandering (1949), where she brought back to life the prince poet Charles of Orléans. Hella S. Haasse found a great success in the Netherlands and received numerous literary prizes there. Professor of literature at the University, she finished her career as a doctor honoris causa of the prestigious Utrecht University.

Her love for France, where she lived for several years, earned Hella S. Haasse the Légion D'Honneur.

Born in 1918 in Jakarta which was then called Batavia, the capital of Indonesia during the Dutch period, Hella S. Haasse enjoyed here, in the Netherlands, a respectful notoriety. She is the author of twenty or so novels, but "The Hidden Source" which is published in French by Acte Sud, is one of her first, initially published in Amsterdam in 1950. It is a very short and very powerful story whose tone sometimes recall the films of Bergman. Breskel is an abandoned house hidden in the middle of the woods, that Jurgen will visit without his wife and where he spent his childhood. Their relationship is strained, their aspirations diverge. There are no explosions or ruptures, but rather a lethargy, incomprehension. There, Jurgen meets [Meinderts], a doctor who long ago knew Rina's mother well. Together they are going to force open the doors and locks, searching for hidden secrets. And little by little, the true nature of the ties between [Meinderts] and Jurgen's mother-in-law come to light a great tragic passion. And through this revelation, Jurgen realizes that he does not truly know his own wife. "I know nothing about you Rina" he writes to her. With a rare subtlety, a fine mastering of this tale, Hella S. Haasse manages to coax to the surface the most tenuous and least avowable impulses of the soul. Great art.
(Music)