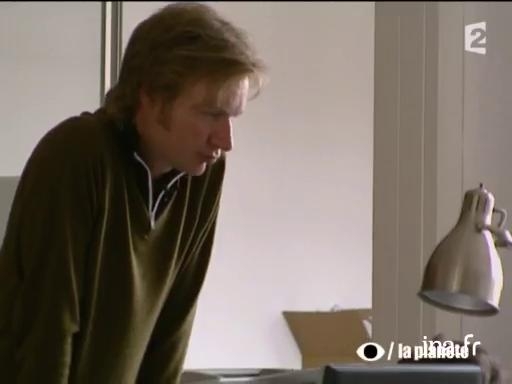 Born in Berlin on the 1st of November 1964, Tim Renner began his career in journalism before joining the label Polydor in 1986. He signed the Berlin group Element of Crime and got the avant-gardist pop of Philip Boa into the charts. In 1989 he took over the management of the new division Polydor Progressive Music and created, at the heart of the Polygram group, the label Motor Music. He developed international artists like 2Pac and Portishead but especially continued to target German artists (Boa, Tocotronic, Absolute Beginners).

He had his biggest success with the group Rammstein whose record Sehnsucht sold 5 million copies throughout the world and was made a golden record in the USA. In 1998 Polygram merged with the Universal group and Renner took over management of Universal Music Germany, working from then on with the biggest international stars (U2, Eminem, Pavarotti).

He resigned in 2004 when, in response to the CD sales crisis, the Universal global management asked him to sacrifice the majority of German artists. He published, in the wake, a book about the media industry and continued with his label, Motor, to act as an independent for production and promotion of German rock.

Planet Rock, that's the name of this former state radio building in the GDR, in Berlin. It seems a bit empty, but the place is very popular with artists. As they do every day, this band, the Super 700, are back in the studio with Tim Renner, their producer. They're working on their first album. Like all of the youths of this generation, they go from Goethe's language to Shakespeare's with amazing ease, but their sound is German.
(Music)

(English) If you go back like 20 or 30 years in time, the German artists of the time were subjected to the shock of World War II. (English) And therefore, they weren't inspired by Germany's history. (English) So if you're doing this, you're copying American culture. The new generation, they could care less about the World War II problem.

With his eternal adolescent demeanour, Tim Renner is German rock music's bad boy. The former boss at Universal, he worked with the biggest artists, U2, Eminem, and Shania Twain. He is especially known for having produced the German band that's known worldwide: Rammstein, an attractive export product.
(Music)

More than 500,000 albums sold in the United States, not bad for a German punk metal band that's a bit heavy.

One year ago, Tim Renner launched his own record label and an FM radio station, under the Motor brand. He now specialises in 100% German music. German rock music, which was still underground a few years ago, is waking up and is riding high at the top of the charts.

What's amazing is that today, artists are once again using the German flag, and that's new. Up until now, it was a real problem. If you go for a walk through the shops, in the Mitte neighbourhood, you'll see, there are lots of objects with Germany's colours. We haven't seen that in a very long time, it's really new.