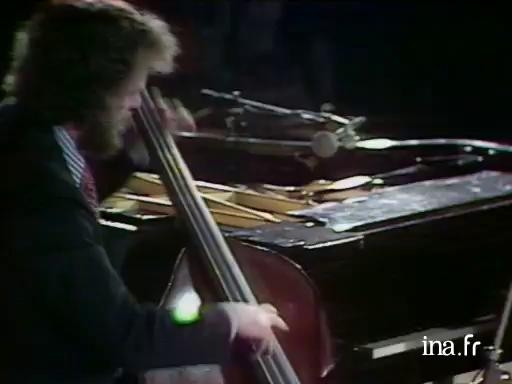 On stage at the Antibes Festival at Juan-les-Pins in 1975, Roy Eldridge performed an extract from the theme Undecided, accompanied by Johnny Griffin, Ray Bryant, Louie Bellson and Niels Pedersen on the double-bass.

Niels-Henning Ørsted Pedersen, also known under the NHOP acronym, was born in Osted, in Denmark, on 27 May 1946. A double bass playing virtuoso, he's only 17 when Count Basie asks him to join his big band. He refused, but then started one of the most extraordinary sideman careers of the post-war period, accompanying all of the biggest names in American jazz touring Europe: Bud Powell, Quincy Jones (1963), Roland Kirk (1964), Sonny Rollins, Bill Evans, Dexter Gordon, Johnny Griffin (1965). Along with pianist Kenny Drew, he formed the "house rhythm section" of the famous Café Montmartre club in Copenhagen, and then in the middle of the 1970s he joined pianist Oscar Peterson's trio, with which he did a great deal of recording for producer Norman Granz's Pablo label (alongside such musicians as Dizzy Gillespie and even Milt Jackson).

Even though he sometimes strayed toward more avant-garde contexts, such as when he accompanied musicians such as Lee Konitz, Anthony Braxton and even Albert Ayler, NHOP remained a musician that was deeply attached to tradition. His flawless technique, his exceptional swing marked by impeccable timing and a true sense of economy not only make him a model as far as double bass playing but also a big name in European jazz.