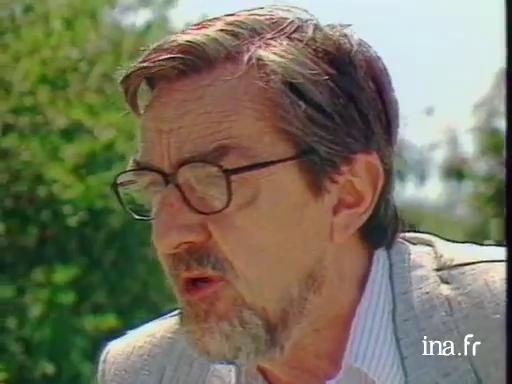 Conversation with Danish director Gabriel Axel, who came to Cannes to present Babette's Feast in the context of Un Certain Regard.

For many of the world's film enthusiasts, Denmark's Gabriel Axel will forever be remembered, beyond anything else, for the remarkable film Babette's Feast, released in 1987. Inspired by a short story by Karen Blixen, the story of Babette, who is played by Stéphane Audran, plays on the contrast between the austerity of a Lutheran community from Jütland and the warmth of a dinner prepared by an exiled French woman who fled the Commune's repression and who sacrificed her sudden fortune to pay for the feast.

A huge success, with an Oscar for the best foreign film in 1988, the movie must not overshadow the rest of Axel's career. Born in 1918, the director started out in France as a theatre actor in Jouvet's troupe before starting to direct films for television, in 1951, including a memorable adaptation of Jean Carmet's Curé de Tours in 1980, in France also. His big screen work is just as sizeable, even though it was too rarely exported outside of Denmark's borders. La Mante Rouge (1968), Christian (1989) and Leïla (2001), amongst many other films, are proof of his vitality.

I was most notably happy with the Danish film called Babette's Feast, of which we're going to see an excerpt right away.
(noises)

Did you see that? The kitchen. We're preparing the kitchen. Well, the story of this film, it's very simple. It's about these two women who live in Denmark, in a very isolated region and who hire a French woman to be their servant. They have no idea who she is. In reality, she's a great cook, and through her cooking, she's going to make them discover the pleasure of food, of eating well and also the pleasure of creation. We met with the director, Gabriel Axel, who is Franco-Danish so to speak, and who is going to talk to us about this remarkable film which you'll soon see on your screens. Gabriel Axel, Babette's Feast.

For those who aren't prepared to welcome him like the old disciples that you've seen around there... there is only one person who truly appreciates him, and that's general Löwenhielm, but the others, they only ate soup with dark bread and [inaudible] all their lives and their souls and spirits are also just as high and delivered as the general because art has affects everybody. Molière, you can play it in Africa or in China, it will still work even if they don't understand the language.

It must be said that you benefit from an extraordinary Stéphane Audran. We know that she's a great actress, but there, I think that she has a fantastic role of composition, and I mean the word composition in the good sense.

Yes. Me, I cheered her on in the wonderful Chabrol film, Violette Nozière.

Did you think about her right away?

No, I considered many actresses, but anyway, she had to be from the same family as Danish actors. No matter the nation, it's part of a family, the Swedish, the Danish, the French. She was feminine, and she had that Parisian feel that Babette needed to have in this film. Also, in Karl Lagerfeld's robe, she was... She had to differentiate herself from the others, which she did perfectly with lots of grace and generosity. She is a wonderful actress, in addition to being a great artist.

And she learned all of the right gestures for the kitchen.

She was one of the biggest Coq chefs of Copenhagen. I recall Peterson from the La Cocotte restaurant, which I truly recommend...

And he gave us all of those recipes and he taught her all of the gestures. For two weeks, he was in the studios, from morning to night.

What does Cannes represent for you?

Cannes, it's wonderful. Myself, I'm just positive, positive about everything. I was welcomed by people with a certain influence. They are wonderful. My producer told me: "What we've got here, it's worth a million francs in worldwide publicity". It's fabulous. Also, just from word of mouth, people rushed to buy the film. It's great. And we're spoiled by them, and they're really kind. There's a great team there. It's one of the best memories of my life.