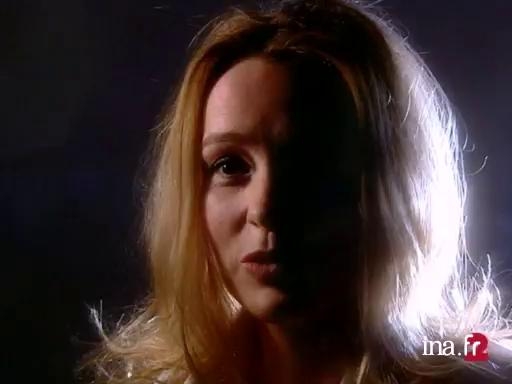 On the occasion of her concert at the Olympia, a conversation with Swedish jazz singer Lisa Ekdahl, who talks about her bossa nova influences and what she seeks to create in concert with both the musicians and the audience.

Born the 29th of July, 1971 in Stockholm, Lisa Ekdahl first made a name for herself in Sweden with her small, fragile and refined songs composed in a folk pop register with jazzy accents performed by a child-like and soft voice. Her first records Lisa Ekdahl and Med Kroppen Mot Jorden released in 1994 and 1996, but sang in Swedish, made her a Scandinavian superstar.

But it was the following year when accompanied by Peter Nordahl's pianist trio, Lisa Ekdahl recorded an album in English that was completely made up of jazz standards (When did you leave heaven) whose unexpected success guaranteed her international renown.

The singer developed this Lolita character for a while by revisiting the great jazz classics (Back to Earth in 1998) but from the turn of the year 2000 she closed that parenthesis and returned to her first love, pop, with a bossa nova record completely dedicated to her companion's repertoire, the composer Salvadore Poe, but especially from 2002 with a series of records, once again written in Swedish, highlighting her undiminished talents as a songwriter (Olyckssyster in 2004 and Pärlor av glas in 2006).

Return to the Olympia and a new album. Lisa Ekdahl's return to the Olympia will be next Saturday. At the end of January, the success of this Swedish jazz singer was impressive. She has specialised herself in jazzy bossa nova. Presentation by Olivier Lenuzza and Nathalie Gallet.
(Music)

She doesn't have the voice or skin colour of a jazz singer, and to top things off, she comes from Sweden, everything sounds wrong except when she opens her mouth.
(Music)

One of the most obvious influences in my work is bossa nova.
(Music)

What we wanted to do was, a very intimate album.
(Music)

Finding yourself in a certain state. A state that you know, when you feel romantic, that's what we wanted to share.
(Music)

In 1996, Lisa Ekdahl is a pop-rock star in Scandinavia. Hundreds of thousands of albums are sold, and tons of awards followed. The beauty now turns the page, out with shrill light music, in with jazz.
(Music)

Music that's gentle and sensual, Lisa, Lolita, the Betty Boop of jazz, coming from the cold.