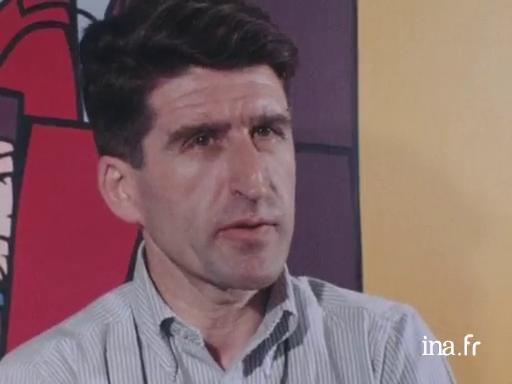 Valerio Adami comments on his work in alternation with an interview with the artist about illusion and hope.

An emblematic artist of the Nouvelle Figuration, Valerio Adami is noted for his interest in political, social and moral mythologies. Born in Bologna in 1935, Adami was profoundly affected by the bombings, fire and ruins of the Second World War. His painting can be characterised by flat swathes of vivid colour and figures outlined by a black border, evoking the stark lines of comic art or stained-glass church windows. Without shadow nor space, it is deliberately cold and distanced, seeking to awaken a critical rapport in the viewer to representations of reality.

This earned Adami the interest of several writers, Paz, Calvino, Tabucci and philosophers Lyotard, Deleuze, Derrida. InTruth in Paintings, Derrida chose the Italian paintings to illustrate the deconstruction of art. Philosophy enters directly into Adami's painting, with his portraits of Nietzsche, Freud or Hermann Hesse.

Since the end of the 1980s, Adami has received several public commissions: Vitry-sur-Seine Town Hall stained-glass windows (1985), wall paintings for the Théâtre du Châtelet (1989), and monumental paintings for the Gare d'Austerlitz in Paris (1992).

Breaking, shattered image, like a fragment of daily life, a banal scene. Always the same maybe but partly buried, in the back of our minds. Difficult paintwork, people and objects, entities symbolised by an angle, an edge, you can reconstruct the canvas and the combinations are endless. The images cross over, cut into one another, cut across one another again, impossible to grasp, fleeting, unpredictable, alarming.
(Silence)

Illusion, the crossroads of illusion.

God of illusion, god of desire but who doesn't open onto hope.

No, I believe that the work of a painter is always a work bound to hope and to optimism, I don't think that painting in itself, that it can bring negative and pessimistic messages. If you continue to work, it's...out of optimism and hope
(Music)