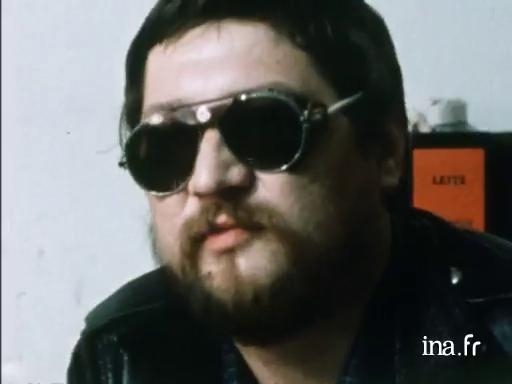 An interview with the German filmmaker Rainer Werner Fassbinder about cinema.

During his short career, Rainer Werner Fassbinder (1926-1982) shot over forty films, not including the many plays he staged. His ambition? To reconstruct German society in its entirety - and not just contemporarily, but also in its historical dimension: he goes from the XIXth century of Effi Briest (1974) to the 1920s of his Berlin Alexanderplatz series (1980) up to World War II, where the heroines of Le Mariage de Maria Braun (1979) and Lili Marleen (1982) survive by compromising themselves.

Often compared to one of his idols, German-American filmmaker Douglas Sirk, who was known for his Hollywood Technicolor melodramas of the 1950s, Fassbinder didn't fear pathos excesses, like in the love story between a maid and a young immigrant in Ali: Fear Eats the Soul (1973) or in Satan's Brew (1976), an exacerbated portrait of a poet with writer's block. Like Sirk, Fassbinder advocates cinema that isn't just content with recording or imitating reality but adds style, especially by exaggerating things, unlike anything natural.

[German] A film, a novel, any work is something which expands, expands your life. Because it's not purely a question of coping with life, but of trying to understand certain aspects of life. So you have to show it. Of course, not every relationship is always as sadomasochistic as I often show it to be, but if you show it to be as insignificant and restrained as it is in reality, it would scarcely be visible. [German]