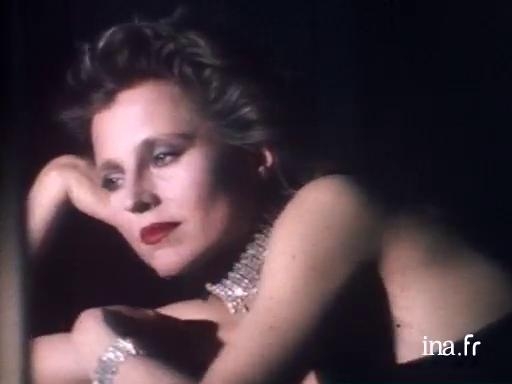 Portrait of Hanna Schygulla, who talks about Fassbinder's film "Lili Marleen", the eponymous song, and the reactions that the film will surely provoke in German society.

In 1936, German realist singer Lale Andersen discovered "Chanson d'une Jeune Sentinelle", a 1917 poem, and put it to music. The album was not a success, but later on, during World War II, the song worried the Nazi party while being of great comfort to the Wehrmacht soldiers. German filmmaker Rainer Werner Fassbinder (1945-1982) was inspired by Andersen's memoirs for Lili Marleen, a political melodrama on social advancement during the Wilkie war, which breaks into a song in a Munich tavern before working the 3rd Reich soldiers into a frenzy. Fassbinder made another film, similar to The Marriage of Maria Braun which he made two years earlier with the same Hanna Schygulla.

Born in 1943, the German actress played in theatre and shot around twenty films with Fassbinder, including her very first ones, Le Bouc and Love Is Colder Than Death (1969), and she is still considered to be the filmmaker's muse even though her career continued far beyond his death.

And now, cinema, with today's release in theatres of the blockbuster film by Germany's Fassbinder, a film that stirs up quite a few memories, Lili Marleen.
(Music)

The film was inspired by the biography of Lale Andersen, the songwriter, who was a success with soldiers on all sides.
(Music)

Each night, on Radio Belgrade, Lili Marleen was the angel of disarmament, of the forgeting of death, until Goebbels banned her. Fassbinder added to her melody a politico-romantic melodrama where fear, nostalgia and perhaps remorse are mixed together. Is its heroine a heroine or a regime profiteer?

Of course, we exaggerated the story. We pulled them from truth, but we exaggerated them so we discovered that it was a song that, even though... we could use it to satisfy the soldiers that were in deep shit, in fact, to let them dream a bit, but anyways, there was something in the song that was subversive.

Hanna Schygulla, the new Dietrich, the only German star in an international photographer's studio. For us, her face is the face of Germany, or, rather, the Germanies, since in "The Marriage of Maria Braun" she symbolised the one of economic miracle, and in Lili Marleen, the one of Nazi illusions.

It's also the story of someone who lived through this time and who always looked away, and didn't really want to know.

German audiences made the film a success but reviews were harsh. A bad conscience, a refusal of the nation's past?

It was very exciting to make it because we knew that it was going to stir up memories in everyone, whether we talk about it or not because you can't deny that it's a time period that many people lived through, and even others, the young, they will always... they lived in an atmosphere which also has traces of a trauma.
(Noises)