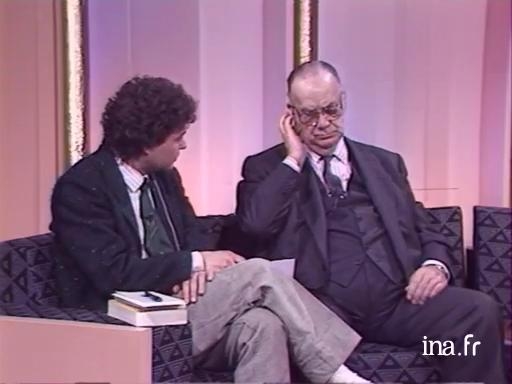 Spanish writer Camilo José Cela explains his views on the pro-Franco censorship which made him publish several of his works in South America, or face their censorship.

In 1989, Camilo José Cela (1916-2002) became the fifth Spanish winner of the Nobel Prize in Literature, which crowned a fantastic book that was like none other in Spain, during the second half of a XXth century marked by the Franco regime's censorship.

A Galician who went to Madrid to study, Cela was part of the nationalist ranks in the civil war, which allowed him to stay in Spain after Franco's rise to power. In 1942, his first novel The Family of Pascual Duarte explicitly described the sordid life of the inhabitants of an Extremadura village prior to the war. With extreme realism and uncompromising violence, the novel led to trouble with the Church, a ban against having his books republished in Spain and unanimous literary recognition, confirmed in 1951 by the Argentinean publication of The Hive: "a bitter chronicle of a bitter time", the novel depicted the harsh day to day life of the inhabitants of a Madrid neighbourhood at the beginning of the dictatorship.

Getting away from the realist social novels of his first years, Cela went on to write books that were rich and complex, marked by post-modern narrative experimentation that earned him, in addition to the Nobel Prize, the Cervantès Prize (1995). Also, in 1996, he was named Marquis of Iria Flavia by Juan Carlos 1st.

The Franco period is therefore reflected everywhere in Spanish cinema and literature. In those not-so-distant times, when many intellectuals were censored, were you also subjected to the regime's bans?

Like all Spaniards. The second edition of "The Family of Pascual Duarte" was removed by the police and "La Colmena" - "The Hive" - had to be published in Buenos Aires, as well as others. But all of that's ancient history. What you need to do, is work constantly. General Franco was the great ally of the lazy, the lazy Spaniards. It was a very painful era in Spain, but if one wants to work, one works.