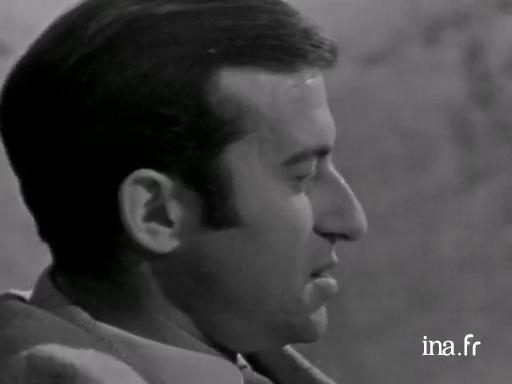 Conversation with Spanish anti-Franco writer Juan Goytisolo regarding his book Para Vivir Aquí, where the story of a trip describes his country's society, which is cut off and closed, and sometimes kept under-developed by an authoritarian regime.

Born in Barcelona but considering himself to be a stateless writer, he chose to exile himself in 1956. He first went to Paris, where he was a literary consultant at Gallimard publishing, then to the United States and Marrakech where he moved to for good in 1996.

Most of his work, which was first influenced by social realism, was censored by the pro-Franco regime from 1963 on. Strongly influenced by his exile status and the universal dialogue of cultures, his work, significantly inspired by his own life, creates a cultural mix of Muslim influences (of Mudéjar origin), Sufism and mystical Spanish poets in order to question the concepts of Spanish and Western identity, especially in his novel Marks of Identity (1966). A tireless critic and essayist, Goytisolo continues to regularly collaborate with El País, the Spanish daily newspaper.

You had to discover Spain.

Exactly. Meaning that, in Spain, we live isolated from others. In my social circle, meaning the upper class, we ignore everyone else. So discovering the rest, it's a genuine discovery, it's not a literary discovery.

When you were 20, you didn't know anything about Spain?

You didn't read the newspapers?

You don't learn anything by reading newspapers about Spain, or at least newspapers that are published in Spain.

You didn't know what a strike was?

Not at all. I must say that when I was 20, I had the opportunity to see one and I was totally surprised. I didn't even know what it meant.

You didn't think that the tramway could not run for reasons that were not mechanical?

It was during your military duty that you started to discover Spain?

Yes, it was the first time that I had the opportunity to know people from completely different backgrounds than mine. It interested me in their lives, their problems, things that I didn't have the opportunity to encounter before.

But it's because you wanted to make this discovery that you did it.

Yes, because I must say that in Spain, students, meaning the sons of the upper class, we join the army to command, meaning that we're never at the same level as the others. Therefore, I too was a non-commissioned officer when I had an interest in blending in with soldiers. The people that were with me, 60% of them were illiterate. They came from regions in southern Spain that I had never travelled through. I didn't know them.

Can you list the successive discoveries that we make in this book at the same time as you did?

Well, in the 8 tales, I discovered... I show certain discoveries. For example, the first tale, it's during a eucharistic conference that is held in Barcelona during the time when pilgrims came from all over the world, they rid the city of its prostitutes.

They evacuated the prostitutes?

They evacuated them, yes. So I went to a small village where these women, it was, for me, a sort of opposite of the environment that the newspapers wrote about. Later on, in the other tales, I speak of the discovery of the ghettos, the lives of people from the harbour, workers from Barcelona and also, especially, the discovery of the South, meaning the south of Spain where living conditions are completely different from conditions in the north of Spain. The South, it's a completely under-developed region.

But Andalusia, when you were young, didn't you know that it was what it was?

Has your book been published in Spain?

No, it's banned in Spain, and I had to have it published in South America like other books that I've published.

Yes, I think that it can be found in the better book stores, it's not advertised but you can find it.

All of your books are banned?

Did you think about censorship when you wrote this book?

Well, first of all, I was tempted to think about it but I didn't want to. I think that we, the writers, we have to do our job as authors and let the censors do their job of censoring. I don't want to do any self-censorship.

Do you think that censorship is currently a very profound ailment for Spain?

Yes, it really is a very profound ailment because all of the environments that lies create around it meaning these sorts of lies in the press, the newspapers, it even occurs in private life meaning that since everything surrounding people is lies, they can't see truth, even in people's private lives.

I think that people aren't being sincere with each other. Here, let me give you an example. I've read many manuscripts of Spanish authors that were sent to me.

They live in Spain?

That live in Spain, Spanish authors, especially many manuscripts written by women. In Spain, women write a lot. However, we could think that in Spain, where there isn't any divorce, it's perfect, the situation, that it's not amoral, as they would say it is in France. But, from the manuscripts that I've read, Spanish marriage is a sort of horrible mess, and we get the impression, from what we read, that most couples need to hope for a separation.

Do you live only in France?

No not at all. I spend about half the year in France, the other half in Spain.

And you go back there whenever you want?

Yes, I enter and leave freely.

What do you think the mission of Spanish writers is, right now?

Well, since there isn't any press that informs freely, that informs readers, the Spanish public, we respond to the public's need for this information... painting the most accurate and truthful portrait of Spanish society. Meaning that the Spanish novel represents the service that the press does in France, to the point that I think that, if one day we had to make a story about Spanish society during these years, we'd have to read the novel rather than read the newspapers that were published.

Do Spanish writers tell the truth?

Yes, we try to tell the truth and we try to show what we see.

There is no escape, no literary escape currently?

No, I mean it's so unreal, the atmosphere that surrounds us in our social relations that for us, reality, it means to escape.

I thank you.
(Music)