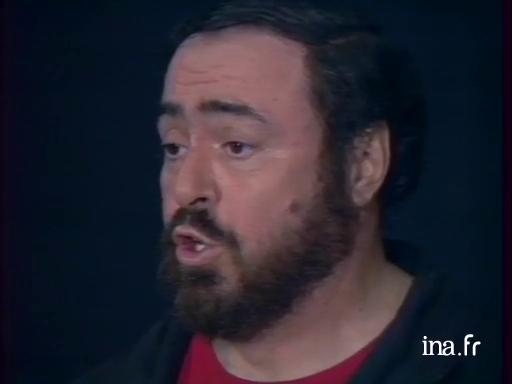 Report on the rehearsals of the recital that Luciano Pavarotti will give at the Palais Omnisports of Bercy.

Luciano Pavarotti, with Maria Callas and Herbert von Karajan, is one of the musicians who has contributed the most in bringing classic music to the greater public. Born in 1935, son of an amateur singer, he started out in 1961 in the role of Rodolfo inLa Bohèmeby Puccini, which would remain his favourite job throughout his career. Very soon he rose to glory and sang in London, La Scala in Milan and then in New York. his repertoire wasn't enormous: Puccini, of course, Donizetti, Bellini, Verdi... And a few forays into others such as Mozart. In the 80s he started a competition for young singers, he participated in master classes and appeared alongside Placido Domingo and José Carreras in the famous recital seriesThe Three Tenors, whose recordings reached fabulous sales records. Luciano Pavarotti was the master of large-scale concerts, like those given in London, New York and in Paris. He took on variety and sang with rock and jazz stars. His success was down to his charming personality but also his voice which brought together power, charm and ease in the higher notes. Pavarotti died in Modena in 2007.

Patricia, one of the greatest tenors in the world, tonight, at Bercy. We welcomed her not too long ago. So, it's a unique concert by Luciano Pavarotti.

And what's very very rare, we were able to watch one of the rehearsals. Take a look at this report by Jean-Claude Darrigaud.
(Music)