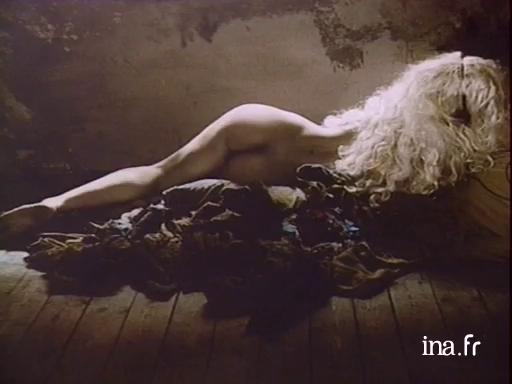 November 1990, Month of Photography, Paris. Photographer Jan Saudek takes us on a discovery of Paris and helps guide us through a few photography exhibits. Interviewed by his friend Pierre Borhan, Jan Saudek explains that he feels free in Paris, much more than in Prague where he lives.

Born In Prague in 1935, Jan Saudek saw his childhood deeply marked by the horrors of Nazism: several members of his family died at the Theresienstadt camp, whilst he was interned with his twin brother Karel, escaping some of the tortuous experiments of Josef Mengele.

He survived the war, found a first job in a printing house and found a taste for painting and photography. In 1972 he transformed his basement into a studio, his first photographs were in black and white, coloured by himself. He was influenced by the atrocious scenes in the camps and his images reflect his death wishes and sexual fantasies. His female nudes have a provocative beauty that can shock.

A suspect in his own country, it's not until 1984 that the Communist authorities recognized him as an artist and allowed him to leave his factory job. Often threatened with censorship, he defended himself against accusations of pornography, "To me, the difference between pornography and art is very simple. You can look at art indefinitely whereas you can only glance at pornography before leaving it."

In France in 1983, Jan Saudek received the distinction of Chevalier des Arts et Lettres. In 2005, a large retrospective was devoted to him in Prague.

End of November, Ian Sodek, fifty-five years old, three wives, seven children, came to Paris for a new days as a jurist in the month of photography. He had not been for thirteen years. We followed him for an entire Sunday.

I am really impressed, this city is too big for me, too beautiful It has been years since I have looked at photos in this way. It is refreshing to the body to sometimes have one's head down.

Collector and art critic, Pierre Borhan, is a friend of Jan Saudek since 1977.

It has been thirteen years that I have been waiting for you to come to Paris. Thirteen years of friendship by correspondence only, and a few trips of mine over there. Tell me your impressions. What is it like for you to now have finally arrived in Paris?

I love France, everywhere there is a sense of freedom, it is not really a question of climate, it's just like that, and I have met some incredible people. But is it the same in Prague nowadays? No, it will never be the same. In my country, it is a superficial freedom. Here, freedom is within the people, they feel free, they walk, they talk as free people, it's wonderful.

Long treated in his country as a parasite and pornographer, Jan Saudek achieved all of his art within a basement where he lived for seven years. And whose humid walls form the legendary background to the majority of his photographs.
(Music)

Are we going to see more exhibitions in Prague now?

Yes, I think they are working on it.

They are preparing some?

They invited me, but I refused.

Because for years, I was ignored in my country.

But if they want to show your pictures, then why not? Times have changed...

I prefer to show them in Paris
(Silence)

Damn, it's much better than the book...

During a friendly evening, a meeting with Françoise Marquet who organized three years ago the retrospective in which Saudek, who was not allowed to leave, had not participated.

What do we have here?

I did not imagine you at all like that. I imagined you were older. Yes.

And we have success. Critics have to carry the artists... Let me have some whiskey and then some water. I know. No, no, very little whiskey. Let me do it. No Look. No, just a drop, a drop. You, you will put too much in.