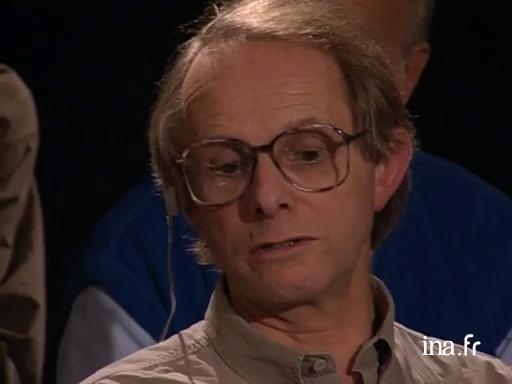 On the occasion of the release of his film Lady Bird, Ken Loach talks about his conception of cinema and of the director's role as a "medium through which people can express their anger and their feelings". He highlights the similarities in the difficulties that labourers live through in various European countries.

Figurehead of British cinema, Englishman Ken Loach, born in 1936, is the archetypal politically aware artist. Director for the BBC in the 60s, he first made his mark with "documentary fiction" films that denounced injustice and social violence.

Filming for the big screen withPoor Cow in 1967, he continued to engage the public by castigating conservatism and capitalism through intimate and family chronicles that portrayed the suffering of the weak, fromFamily Life (1971) to Sweet Sixteen (2002), passing by Raining Stones (1933) and Ladybird (1994), the portrait of a mother whose children the social services wanted to take away.

In the same polemic and political vein, another side of Loach's work came away from the daily British life to portray historical stories, from Land and Freedom, about the Spanish war (1995), to The Wind That Shakes the Barley, dedicated to the Irish question (Palme d'Or in Cannes in 2006). often supported by remarkable scriptwriters, Ken Loach remains an outstanding storyteller.

Are you, like Ladybird, angry against British society where you currently live?

Well, I do not cry out in precisely the same way, but I think that filmmakers can be a medium through which others can express their anger or their feelings, or certain situations. And here, this film is in fact a testimony to a certain solidarity towards those who are in this situation, who are at the bottom of the social ladder and who have very little, who own very little, and who are often stereotypes even caricatures in the pre We see stereotypes of people, but in fact behind these stereotypes there are real life individuals, so this film tries to express our solidarity with those people.

Yet you live a middle-class lifestyle? You do not live in the working class neighborhoods that you describe so well in your films. Are you a social militant and a doomsayer of this society, or an artist that tries to communicate feelings of generosity?

I am not certain of being an artist, I am not sure that filmmakers are artists, they are more artisans than artists. Well, yes you are right, in fact, filmmakers live a lower middle class life. But they often come from ordinary society, from the working class. We do not approach things like an anthropologist who is visiting a foreign race. You have to understand what other live and share it.

And at the same time, move people within their own conscience and perhaps among the middle-class and lower-middle class people who will go and see you films. There are those who see this social reality only by means of your films.

Yes, we try to share an experience through these films. Evidently we try to tell people, in France, in Spain or elsewhere, in the end, we have a lot of things in common, we share many of the same problems. 10% of our workforce is unemployed, you have the same problem here in France, and it is even worse in Spain and the rest of Europe. So, we must try and share these experiences and to realize what unites us, and not fall into the trap of allowing ourselves to be divided in a working group, a group of workers in one country, and group of workers in another country, which would in some w No, we must try and realize what unites us.

Christian Boltanski, regarding his work