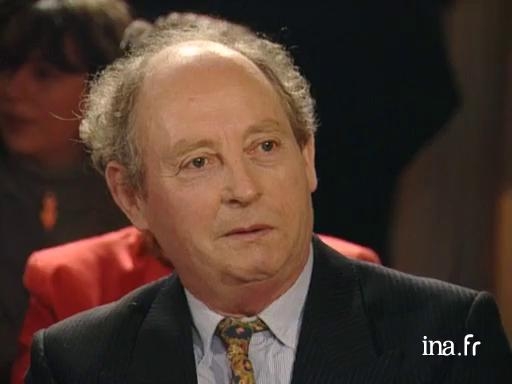 John Mc Gahern answers Laure Adler's questions with humour. He explains that he writes in English, but that this language is full of Irish rhythms. He also talks about his attraction to French and Italian literature when he was young, and of the mysteries that haunt Irish literature.

If John McGahern (1934-2006) is one of the most famous Irish writers, it would be certainly as much down to the success of his first novel The Barracks (1963), as to the Censorship Act that banned his second novel The Dark (1965), in which he portrays a father abusing his adolescent son.

Moral and religious pressure on the control of Ireland forced him to leave his job as a teacher and immigrate to France, Spain, England and then the United States until 1975. Back in his country, he published several novels, like The Leavetaking (1983), The Pornographer (1979) or That They May Face the Rising Sun (2003), which is set in the rural Ireland and presents an acidic and ironic look on rigid and moral behaviours. The collections Getting Through (1978), High Ground (1985) and Creatures of the Earth (1994) have led to him being considered the contemporary master of the novel.

So John McGahern, they say that, and Richard [Coney] just said that in fact Gaelic has a ghost-like presence in your language. They also say that the British gave you a language so that you, Irish, you could make literature of it. Is that true?

No, I write in English, and the laws of the language are British, English. But the spoken language is full of Irish rhythms, it is a little bit like the ghosts of language that exist in English.

Yes but this ghost, what region does it penetrate? The heart, thoughts, perception?
(Silence)

It is that which belongs to the common in the end. Which is more important than French, but the language that I like is English, but for example, when I was young, I was much more attracted to French literature, and to Italian literature as a researcher in translation only through English literature. Because, as a result of the influence of the Catholic Church, I don't know, I think, in a certain way, that English literature was in bad taste. To deal with mysteries, origins, and a veritable study of what is man. We are often preoccupied with mysteries in Ireland.

Alright, why is there this preoccupation with mystery in Ireland? We know that the landscapes are magnificent, we have seen a few images, you say that in your language there is a sort of ghost, that is Gaelic. It is also a country of superstitions, it is a country of folk tales and mythology, are the Irish like others?

I think that poetry and religion and superstition are all rather close.

I think that you are asking questions that do not have answers.

It is too mysterious to be articulated?

I do not think that you can answer these types of questions, all you can do, is respond by asking the good questions. Like prayers that cannot be answered. They must be said in their entirety, because they are simply beginnings, beginnings and their own end.

So I will attempt to ask you a good question. Can you describe the place where you live at this time, John McGahern?

It is [unclear] Leitrim, who sometimes joke about this area, particularly they say that when the crows fly over this region, they bring their lunch with them. It is very beautiful. There are mountains, lakes, but they also say that to live in Leitrim is like people putting animals on their roofs. It is pretty, but there's nothing to eat.

So Ireland is also a country of cruelty?

I think that every country is a country of cruelty, that civilization is very fragile.

Christian Boltanski, regarding his work