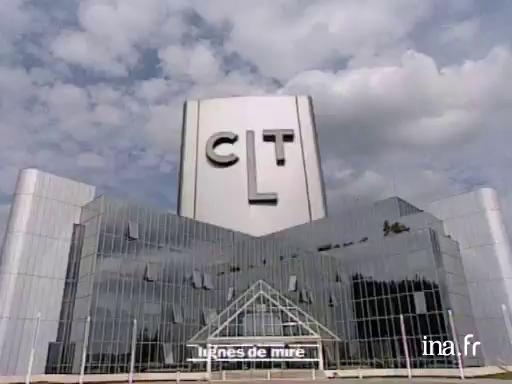 It was in 1966 that the CLT created the brand RTL which united a number of radio stations and television channels that were broadcasting in French, German and Dutch. The acronym was kept in 2000, with the fusion of the British group Pearson giving birth to the RTL group, managed by Bertelsmann. The biggest European media group, it brings together in 2008 over 40 channels and 30 stations, broadcasting programmes from Spain to Russia. The historical site of Villa Louvigny was sold in 1996.

From now on, 5 different shows are broadcast from the former studio in the Villa, for 5 stations. A computer-run machine known as [Betacart] allows for the automatic broadcast of 400 tapes.

We're in the broadcast room of Holland's channel 4 station. Here, you'll hear them speaking on the phone in Dutch. Between ourselves, we speak in German, French, Dutch and especially in English.

Here, we're in Holland's 4th channel, with Holland's 5th channel located right next to us.

We are without a doubt the one with the most stations. We started with a potential viewership of 120,000 homes, here in the region. We now have a potential of 225 million European households. 225 million that can watch one of RTL's stations, be it German, French, Dutch or from Luxembourg.

After sixty years of good, loyal service, Villa Louvigny is for sale. So, it's time for change: RTL TV, which broadcasts in France, will now become RTL 9. A new station, as new as this building which will now be home to CLT's activities.