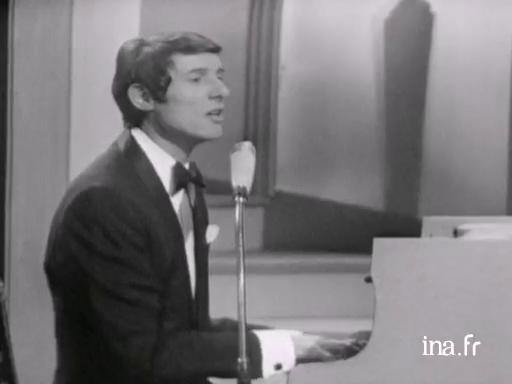 Representing Austria at the eleventh Eurovision contest in Luxembourg, Udo Jürgens accompanied himself on piano as he sang Merci Chérie, a song that he had composed the words and music to. This song won the competition.

Born on 30 September 1934 in Klagenfurt, Jürgen Udo Bockelmann is definitely one of the most symbolic representatives of Schlager, the mass-appeal style of songs that are very popular in northern Europe and are characterised by simple lyrics, alternating between humour and love, sung on top of easy melodies and very lively.

Although his career officially starts in 1950, after he wins a writing competition organised by Austrian television with a song entitled Je t'aime, Udo Jürgens truly gained international fame in 1960 when he wroteReach for the Stars which was sung by America's Shirley Bassey. Representing Austria at the Eurovision Song Contest for the first time in 1964 with the song Warum, nur Warum?, he participated in the following editions and finally won in 1966 with the song Merci, Chérie. Afterwards, he continued writing and recording a large number of songs (more than 900), many of which became great successes (Griechischer Wein, Aber bitte mit Sahne, Mit 66 Jahren). Throughout his career, Udo Jürgens sold more than 105 million records.

When you write the lyrics and the music of a song, and you present it at the Eurovision, and you defend it by yourself, you're taking a maximum number of risks. That's what Udo Jürgens did, who came and sang a song. He's representing Austria, he's singing a song that's called, I can give you the original Austrian title, it's called: Thank You My Dear. So, in French, that automatically translates into: Merci Chérie. It's a song whose theme is saying goodbye.
(Music)

Uro Jürgens, who just went up to defend his song.

He defended it well. Now it's Sweden's turn with a duo...