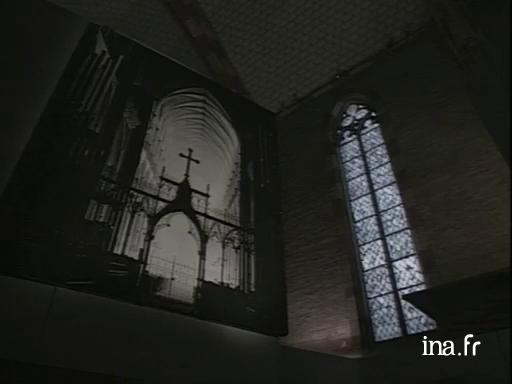 Presentation with music of the photograph exhibition The Family of Man that Edward Steichen had organised in 1955 to the Museum of modern Art in New York. The exhibition is then presented in Toulouse, before definitively moving to the Clervaux Museum in Luxembourg.

Edward Steichen was born in Luxembourg in 1879. His family emigrated to the United States in 1881. Around the age of 16, he began his studies in photography and to practise, he made his friends pose. In 1900 he took American nationality. During the First World War his training allowed him to get the job of director of aerial photography for the Allied forces.

In the time between the wars he became famous as a fashion photographer and worked for the magazines Vanity Fair and Vogue. He took portraits of all the celebrities of his time: Greta Garbo, Matisse, Richard Strauss, Churchill... with the onset of the Second World War, he was the director of the Naval Photographic Institute. From 1947 to 1962, he directed the prestigious Museum of Modern Art in New York; putting on around 50 exhibitions and declaring that photography is an art that "explains man to man and each to himself."

The most famous exhibition that he organised, The Family of Man (1955) is now permanently housed in Luxembourg. One of his photographs The Pond-Moonlight, has for a long while been the most expensive in the world. Edward Steichen died in 1973.

Learning about human value and the works themselves was the great idea of Edward Steichen, the great humanist who was both a painter and a musician. I think that his preoccupation was to create a great symphony at the end of his life.
(Silence)

An extremely intriguing phenomenon is going on, it's that forty years later, this exhibit has as much of an impact on visitors as it had in the 1950s. It's an outdated exhibit, which isn't presented the way that they usually are in the big exhibitions of Paris or Toulouse. But it's an exhibit whose images have retained all of their freshness and emotion.
(Musique)