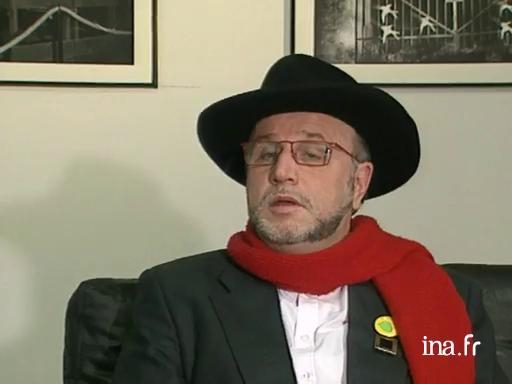 Portrait of Evgen Bavcar, a photographer who lost his sight at 12. His black and white pictures talk about the passing of time, or its suspension.

Evgen Bavcar was born in 1946 in Slovenia. He lost his sight accidentally just before he was 12 years old. He first studied at the Institute for the Young Blind in Ljubljana. Later he moved to Paris where he studied philosophy and aesthetics, writing a doctoral thesis on Art and society in contemporary French aesthetics.

From 1976, he joined the Institute of Contemporary Art Aesthetics where he led works on the status of the image. He took French nationality in 1981.

The paradox becomes clear, as he said, "one must distinguish between the visual, that which our eyes see and the visible, that which our mind sees." It was at the age of 16 years old that he used a camera for the first time to take a picture of the girl he loved. Thus he discovered how to capture reality. Since then he continuously pursued his photographic work, with the help of an automatically focusing camera. Descriptions of his shots , by his friends, allowed him to evaluate his results. This activity gave way to numerous exhibitions and publications throughout Europe, as well as the United States, Brazil and Mexico.

The birthplace of photography is the dark, it's the darkroom. Since I live in this darkness, you know, it's totally normal for me to be into photography. I take photography quite seriously. I take things from a state of nothingness.

The state of nothingness is the dark. A bedroom or the night. The photographer creates his images, then he sweeps over them with a brush of light.

That means that you create the picture in your mind before you take it.

Yes, yes, that's it of course, of course.

If you look at pictures that are so mysterious, that tell complete stories, that are mystical as well, greatly aesthetic, I think that the pictures speak for themselves. Even if Evgen wasn't blind, I would still exhibit his work.

These pictures talk about time. Beaten time, time that stopped at 12 years of age, when Evgen Bavcar lost his second eye. His magic mirror was shattered and remained stuck on these pictures.

Not too much Evgen?

So there, there is a picture of the dandelion.

For thirty years, Evgen Bavcar addresses these pictures to the entire world, like postcards coming from his intimate darkroom.

For one month, he's exhibiting in Paris in Falgar 36, the new and white gallery in the XVth.