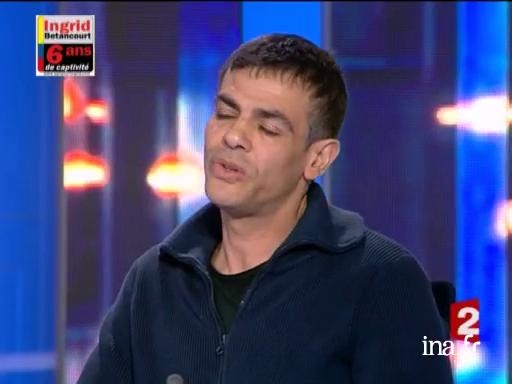 An interview with Abdellatif Kechiche on Olivier Galzi's set for the film The Secret of the Grain which had just won four Césars: the director talks about the symbolic meaning of the title, the reasons explaining the success of his film and of his own father who inspired him to write the main character.

With Hafsia Herzi, the lead actress in his third feature film The Secret of the Grain (2007), Abdellatif Kechiche explains the autobiographical origins of this film as well as the importance of representing the small Sète community of Maghrebin descent.

Originally from Nice, Kechiche, born in 1960, started a career as an actor in the theatre at the end of the 70s before being noticed in the cinema in Le Thé à la menthe and Les Innocents in the 80s. It was in 2000 that he moved to directing with La Faute à Voltaire, a love story based on immigration that would win him the Lion d'Or for the best first work in Venice.

But it was L'Esquive (Games of Love and Chance), a project that he left in a drawer for nearly 15 years, but he revealed to the public in 2002. The daily life of young people from the city who perform a Marivaux piece explores the collision between the language of the suburbs and classic French. Despite the four Césars for L'Esquive, he once again called upon non-professionals for The Secret of the Grain, an old man's gamble, when left unemployed from the docks, to open a floating-restaurant in the port of Sète.

There are many symbols in your film, and even just in the title "The Grain and the Mullet". So it's about the grain of couscous and the mullet is the fish. But there are nevertheless lots of symbols behind all of this, in the end we get the impression that it's all said with few words.

Yes, the grain is what sprouts, it's what will become, it's also this will to diffuse this energy, and making it so that you can also express everything.

How do you explain this success, you've already had approximately six hundred fifty thousand television viewers, I mean viewers - pardon me, professional distortion - that went to go see your film. How do you explain this success, despite the fact that there are no special effects, there isn't a big cast, there is no heavy artillery? What do you think that people come looking for in your films, since you've already won four awards for your previous film, so this isn't exactly your first shot here.

Yes but I think that people are sensitive to the fact that we represent what you could call a micro-society, but which are in fact people that we run into every day and that are actually very rarely seen in cinema. A population that is hardly represented in cinema, and the people totally recognize themselves and adhere to this portrayal.

The man in the film that wants to start a restaurant to help his children, is he a bit like your father or not at all, because there's a story that's a bit...

The character was inspired by my father and inspired by this entire generation of men that worked a lot, that made lots of sacrifices.

That worked on construction sites?

Who worked on construction sites for their children, so that their children could lead better lives, in any case, they were often themselves living in self-denial, they gave a lot. And in any case, I wanted to pay tribute to them, I also wanted to express the affection that we had for them, this generation, these new generations, mine, Hafsia's and the upcoming one, and to express our tenderness for them.

And also those to whom they passed their values onto as well.

Thank you very much, thanks for accepting to give us this testimony after this nice reward.