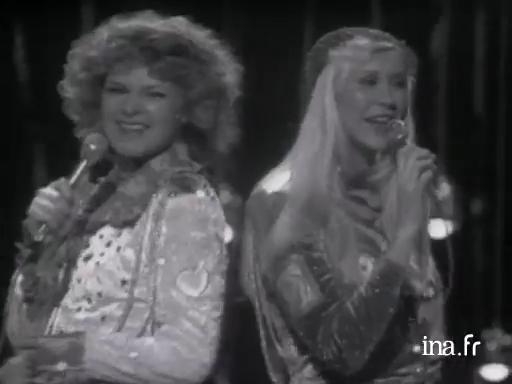 Representing Sweden at the nineteenth Eurovision contest in Brighton in Great Britain, the group ABBA sings Waterloo. This song wins the competition.

Founded in Stockholm in November 1970 by the association between Agnetha Fältskog, Benny Andersson, Björn Ulvaeus and Anni-Frid Lyngstad (known as Frida), ABBA (an acronym of the four founders' first name initials) is not only the most famous Swedish band in the history of international pop music, but in a certain way it's stylistically one of the most symbolic bands as far as light and sophisticated musical aesthetics are concerned.

Winners of 1974's Eurovision Song Contest with the song Waterloo, in a few years Abba had many hit songs and imposed its catchy melodies with irresistible vocal harmonies all over the world. Songs such as Mamma Mia and Fernando remained at the top of international hit parades for long periods of time, but it was Dancing Queen, a song foreboding the disco wave coming from the Arrival album, which sold more than 10 million copies, which especially helped spread the hysterical "Abbamania" throughout the world. Other hits followed (Knowing Me, Knowing You, Money, Money, Money), and the band was once again honoured in 1978 with the release of Lasse Hallström's documentary film Abba-The Movie. The band released a few more masterpieces (Voulez Vous, Gimme Gimme Gimme) but split up in the spring of 1982.

Twenty-five years after their separation, Abba has definitely become a pop-music legend with approximately 370 million albums sold to this day.

And well, so therefore you have the song which triumphed, the winning song in Eurovision 1974, Waterloo by the Swedish group Abba. And you note that the conductor, Sven-Olof Walldoff is dressed as a General, as this song is called Waterloo.
(Music)
(Applause)

Big success, it was right that this song should win in Great-Britain since Waterloo, for the English, is a victory.